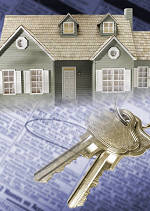 The U.S. housing market won’t return to healthy levels of activity in the majority of the Nation’s real estate markets until at least sometime in 2009, perhaps even later, according to the latest analysis of Housing Predictor. The housing market recovery will be a long haul.

The credit crunch, which has tightened money supplies to mortgage lenders and banks will take many months to overcome, according to analysts, who believe the markets will begin to liquify providing more capital to mortgage companies and banks some time in the latter half of 2008.

The analysis of more than 250 local housing markets that Housing Predictor tracks indicates that the over-whelming majority of markets have seen a slow down in home sales and increases in inventory higher than were listed for sale after the U.S. Savings and Loan Fraud Crisis in the early 1990’s.

The higher inventory of properties will take many months to sell off while prices in most markets fall and adjust to changing market conditions. The rate at which properties are sold in real estate is known as the absorption rate, and many markets are expected to take the longest to absorb or sell their inventories in years. There are now more single family homes constructed in America than at any other time in the Nation’s history with an estimated 78 million homes.

Former Federal Reserve Chairman Alan Greenspan says he would not be surprised if home prices fall at double-digit levels over the next year. Deflation of that scale nationally would be unprecedented in the U.S. and would have major repercussions for the entire national economy.

Investment bankers estimate that the financial damage could range upward of $300-billion, which would be the biggest financial damage to the U.S. economy in history since the Great Depression.

The housing market recovery will be a long haul for investors hoping to sell properties to make a profit at a time when foreclosure rates are climbing. The foreclosure crisis is increasing in the conventional lending markets, according to mortgage experts and has already reached a national all time record high. Nearly one million homes will be foreclosed by the end of 2007 alone, and Housing Predictor forecasts the crisis will cause at least 3 million foreclosures to occur through 2009.

An estimated two and a half million adjustable rate mortgages are scheduled to reset in the next two years, and many homeowners are unable to refinance their properties because of falling home prices and cannot afford the higher payments that come with the resets. However, some homeowners will get a break in the form of lower than expected payments since the Fed cut interest rates by a half point.

Lenders, however, typically figure the changes into mortgage rates before adjustments to the prime are made by the Fed for new mortgages, and as a consequence rates have not changed much for new financing. In the last series of rate cuts by the Fed mortgage interest rate drops resulted in only eight out of 13 rate cuts.