Hoping to improve its housing rescue efforts, the White House announced plans to extend its refinancing program for another year in order to give homeowners at risk of losing their homes or under water more time to refinance mortgages. 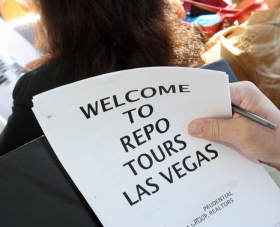 The “Home Affordable Refinance Program” is a key component of the Obama administration’s efforts, expanding access to refinancing mortgages for homeowners whose property has lost value as a result of the real estate crash. The program is targeted at millions of homeowners who are either under water on their mortgages or whose payments have become unaffordable in the economic downturn.

Some 190,180 homes were refinanced through the program during 2009 with loan to value ratios ranging as high as 125%, according to the Federal Housing Finance Agency formed to administer the program. “FHFA has reviewed the current market situation and has determined that the market conditions that necessitated the actions taken last year have not materially changed,” said Ed DeMarco, the agency’s acting director.

The program has been bogged down with a series of delays, including lenders’ computer systems that had to be updated in order to handle the new criteria for the refinancing program. The program will now expire June 30, 2011.

Shortly before the announcement two Republican lawmakers called for an investigation into the two lenders. The Congressmen are calling for the inquiry on the heals of word that the Obama administration was pushing back announcing plans to reform or eliminate Fannie Mae and Freddie Mac until 2011.

House Oversight and Government Reform committee member Darrell Issa, (R-CA) and Jim Jordan, (R-Ohio) a member of the Domestic Policy sub-committee, say the executive decision to wait a year shows the White House “still does not appreciate the urgency of addressing this critical issue.”

The move by the Republican lawmakers demonstrates how divisive and partisan the economic crisis has gotten in the midst of the worst foreclosure crisis in U.S. history. Lawmakers staff members report numerous calls and emails from constituents regarding foreclosure aid and banking reform legislation.