A proposal that would ban the nation’s mortgage giants from lending on homes that have an underlying 1% resale fee may be writing a federal death warrant for the highly controversial practice. Home resale fees have been outlawed by legislatures in 18 states. The fees are likened to an additional tax charged every time a home sells for 99 years.

The Federal Housing Finance Agency, administering Fannie Mae, Freddie Mac and the Federal Home Loan Banks is proposing the restriction. “Encumbering housing finance transactions with fees that may not be properly disclosed may impede the marketability and the valuation of properties and adversely affect the liquidity of securities backed by mortgages on those properties,” said Acting FHFA Director Edward DeMarco. 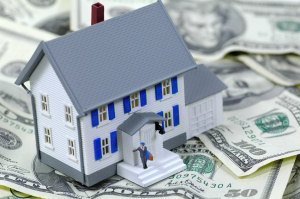 “The private transfer fee covenants appear to run counter to the important mission of the housing GSEs to increase liquidity, affordability and stability in the nation’s housing finance system.”

A coalition of real estate companies launched an effort to stop the resale fees from being applied to new housing developments through a New York based financial firm, Freehold Capitol Partners. The fees are added to the cost of a home for 99 years, and the 1% fee is charged every time a property is sold.

Home resale fees are added as a contingency of a sale as a covenant in the small print of property title reports. Most home buyers do not read conditions and covenants at the time purchases are being executed. But instead put their trust in real estate agents and closing agents to explain the complicated technicalities of their transaction.

A statement issued by the Federal Housing Finance Agency opens a 60-day period for public comment on the issue. Concerns outlined by FHFA include the increased cost of homeownership as a result of the fees being added every time a home is resold, limiting property transfers or rendering them legally uncertain, detracting from “the stability” of the mortgage market and exposing lenders, title companies and investors to legal problems.

Efforts to outlaw the fees have been pressed by the coalition including the National Association of Realtors, American Land Title (ALTA) and the Institute for Liberty, a Washington D.C. based small business lobbying group.

The fees have become especially controversial since Freehold Capitol Partners refuses to name any of the builders or developers that have signed on to be part of their plan, only disclosing in press releases issued by the company that more than $600-million in projects are being planned.

Freehold has refused repeated requests to comment on their programs, and offers little transparency on the products they offer on the company website. The financial products could be held as securities with investors receiving the 1% fee every time a home is resold for 99 years or sold-off and traded as securities on Wall Street.

A Miami attorney, Rjon Robins, who is associated Freehold, told Housing Predictor last June that if the company permitted him to speak for the firm he could explain “20 ways” why the program is beneficial.

Repeated requests for interviews made to Freehold’s Manhattan offices were never responded to. Freehold representatives have appeared before state legislatures holding hearings on the fees, but have been less than successful in getting lawmakers to agree to allow the fees. Lawmakers in four additional states are considering proposals to outlaw the fees