A Florida law firm is the first in the U.S. to agree to pay a settlement in the rapidly expanding robo signing scheme for reportedly mishandling foreclosures. 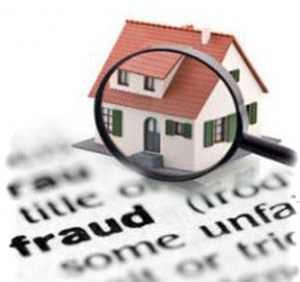 The law offices of Fort Lauderdale based Marshall C. Watson, which handled one of the largest volumes of foreclosures for Freddie Mac until the government withdrew its business from the firm earlier this month agreed to pay a $2-million fine to the state attorney generals’ office for its part in the scandal.

Improperly signed documents were made by seven major banks to establish mortgage ownership in hundreds of thousands of foreclosure cases that are being investigated in all 50 U.S. states by state attorney generals, according to legal authorities investigating cases. Bank of America, Wells Fargo, CitiBank, JP Morgan Chase, U.S. Bank, Bank of New York Mellon and Deutsche Bank are among the banks being investigated.

Watson received the largest share of business from Freddie Mac until the government sponsored enterprise withdrew its files from the attorney. The firm was investigated by the Economic Crimes Division of the Florida Attorneys General for improper loan documentation and foreclosure procedures after a series of complaints made to the attorneys general office by homeowners who were being foreclosed by the firm. 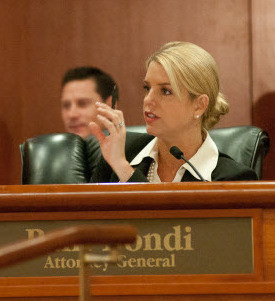 Two law firm associates, Patricia Arango and Caryn Graham signed the affidavits indicating they were making assignments to the trust so that the foreclosures could proceed through the Florida judicial system without disclosing they were lawyers associated with the Watson firm. But signed the paperwork as officers of (MERS) Mortgage Electronic Registration Systems, Inc.

Eight Florida legal practices have been implicated in the growing robo signing scheme, in which attorneys collected millions of dollars in fees to foreclose on homeowners in the state of Florida, which has been devastated by near record high unemployment from the foreclosure crisis as a result of the real estate crash.

“Homeowners, lending institutions and the courts deserve to know that the law is being followed and all documentation is true and accurate,“ said Florida Attorney General Pam Bondi . “Anything short of total assurance of complete accuracy during such serious situations is unacceptable.”

About $1-million of the settlement will go to a fund to pay for legal aid for low-income homeowners facing foreclosure. The remaining amount will pay for investigations into the robo signing scheme.

Other firms being investigated in Florida for wrongdoing include the offices of David J. Stern in Plantation, who organized a public company for his foreclosure business since it became so large as a result of the foreclosure crisis. Stern is being sued by an army of investors and homeowners. The law offices of Shapiro and Fishman of Boca Raton, Ben-Ezra and Katz in Fort Lauderdale, Florida Default Group in Tampa, Kahane and Associated in Platation, Daniel C. Consuegra of Tampa and Albertelli Legal of Tampa are also being investigated by the state attorneys general.

Attorneys for the Obama administration and the U.S. Treasury are working in efforts to coordinate an agreement with bankers and mortgage loan servicing companies on a settlement for homeowners who were foreclosed as a result of the improper procedures, opening a series of lawsuits against lenders.