Iowa Attorney General Tom Miller, who is spearheading the 50 state probe into the robo-signing foreclosure scandal is seeking a settlement agreement with the major banks involved in the mess. 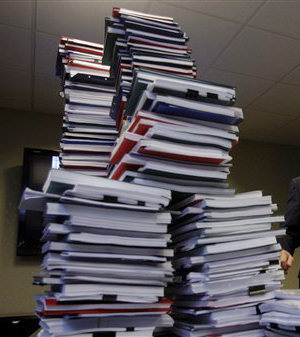 Statements made by bank employees admitting to signing foreclosure documents in sworn affidavits without checking their accuracy led to the foreclosure scandal in September. The problems forced banks and mortgage servicing companies to re-file paperwork on tens of thousands of foreclosures made in at least 26 states, which temporarily halted foreclosure proceedings and sales for a time.

In coordinated investigations state attorney generals have been delving into what servicers and banks broke laws related to the proper legal filings on foreclosures. The nation’s five largest loan servicers, including Bank of America, Wells Fargo Bank and JP Morgan Chase& Co. are involved in the probe. Citigroup and Ally Financial Inc., which changed its name from GMAC Mortgage are the others, all of which control nearly 60% of the U.S. mortgage servicing business.

Miller met with consumer groups almost two weeks ago in an effort to push for a settlement on the robo-signings. The Iowa attorney general says that a settlement would require banks to complete more mortgage modifications, offer home mortgage borrowers principal reductions and include remedial actions for some homeowners who have already lost their homes in improperly handled foreclosures.

Miller, who was just reelected to office in January, is a point man in the investigation who analysts believe will push for sweeping changes against the strongly supported mortgage industry. 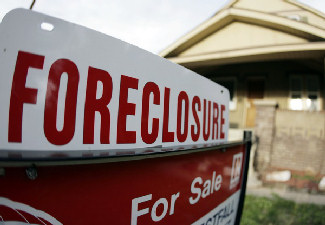 The mortgage servicing industry oversees $10.6 trillion in loans and has been troubled with millions of foreclosures since the real estate crash started in 2005. Federal Deposit Insurance Corp., Chairwoman Sheila Bair has been pushing for new oversight of the industry as it deals with the foreclosure mess. “If we fail to act decisively now to deal with the foreclosure crisis we risk triggering a double-dip in U.S. housing markets,” Baird said in a January speech to mortgage executives.

Some analysts already see a double-dip in markets that have been especially hard hit by the foreclosure crisis, including areas of California, Florida, Nevada, Arizona and other states where home prices are declining.

However, changes are being looked at in the mortgage servicing industry, including independent reviews on home mortgages that have been rejected for modifications and a fund to compensate those who have been victimized by improper foreclosures. Such a fund paid for by banks and mortgage servicers may be the most likely settlement for the 50 state attorney generals’ investigation.