A former Goldman Sachs banker has launched an innovative company that may save 5 to 7 million mortgage borrowers from foreclosure. The private company works to negotiate with under water homeowners in an effort to reduce the number of mortgage holders who willingly walk away from their upside down mortgages. 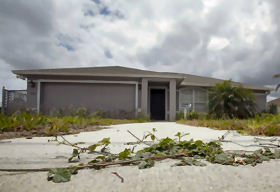 “Our program addresses owner occupants and investors,” said Frank Pallotta, managing partner of Loan Value Group, who has been in mortgage banking 21 years starting with Goldman Sachs in 1989. Pallotta would not disclose what banks or mortgage lending service companies have signed up for his company’s services, but acknowledged at least three large national financial institutions have signed up so far, and discussions are underway with others. “The financial institutions we are working with have national exposure. We are currently offering rewards nationally.

“It’s a great option for the bank to reach out to the borrower,” said Pallotta, noting that banks take heavier losses on mortgages that are foreclosed. Roughly 1,000 under water mortgage holders have been helped so far. The program was developed with a foundation of behavioral economics, employing patent pending technology developed by LVG.

Pallotta and his team were instrumental in helping Morgan Stanley avoid additional banking losses in 2007 as the mortgage market began to melt down. After leaving Morgan Stanley, Pallotta and three partners started Loan Value Group to better align the interests of borrowers and lenders.

Under water mortgage borrowers, who owe more on their home loan than they could currently get by selling their homes in 45 states the company has analyzed are looking for options to keep from walking away. 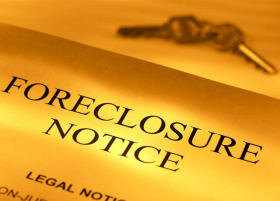 “Owners of residential mortgage risk are beginning to realize that a shared solution to the historic drop in home values experienced in this country over the past two years is needed if we are going to address this crisis, stabilize our communities and help responsible homeowners ‘re-equify’ their personal balance sheets, ” said Jason MacRae, who is one of four partners at LVG.

Rising foreclosures and rigid mortgage underwriting guidelines are contributing to the growing number of homeowners walking away from their homes, leaving them to foreclosure, including investor owned properties. Investor owned residential properties account for more than a third of all strategic defaults.

Borrowers in especially hard hit states, including California and Florida are starting to receive letters offering them a cash payment to stay current on their mortgages. The offers are being made by LVG’s subsidiary, Responsible Homeowner Reward, which may be found on the Internet at www.RHReward.com.

The reward offered to homeowners who qualify for the program varies between 10% to 12% of the mortgage principal but is some times much higher. An average loan holder of $200,000 would be offered from $20,000 to $24,000 under the program’s guidelines.

However, mortgage holders may also receive a reduction in their loan payments as a further incentive to keep making their mortgage payments and avoid foreclosure.

Borrowers need to keep up on their loan payments to retain the reward, which are paid after the homeowner either refinances the property or sells. “The size of the reward varies,” said Pallotta. “It depends on how much the property is under water. There are different risks in states that have high foreclosures.”