By Ryan Jackson
Bank assisted short sales, in which lenders agree to allow mortgage holders to sell their homes for less than what is owed on a mortgage were made by only 38,000 U.S. homeowners in May. 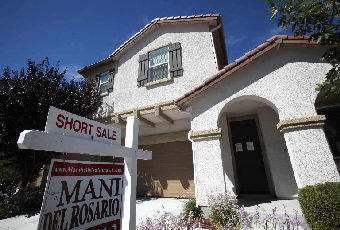 Foreclosures were almost double during the same period, according to the private alliance of mortgage servicers, Hope Now.

An estimated 63,000 homeowners also received permanent mortgage modifications during the month. There have been 906,000 short sales since Hope Now has been tracking the sales over the last two years. Short sales typically sell for about 15% less than similar comparative properties in the same neighborhood, and sell for more than foreclosures, which are more heavily discounted by banks.

The foreclosure crisis in the U.S. has been most heavily felt in 15 states, with Florida, California, Nevada, Arizona and Ohio sustaining the highest volume of formal foreclosures.

“Since 2007, the industry has completed 6.43 million permanent (mortgage) solutions,” said Faith Schwartz, executive director of Hope Now. “This figure compares to 4.5 million foreclosure sales in the same period of time.”

Completed foreclosure figure estimates on residential U.S. properties, however, vary greatly, with Hope Now estimating some of the lowest numbers in the real estate industry. Bank REOs or completed lender foreclosures are estimated at more than 7-million by private analysts.

“Foreclosures still have a negative impact on communities across the country and our highest priority remains proper education and implementation of alternatives to foreclosure,” said Schwartz, whose organization does outreach to homeowners at risk of foreclosure to educate them on the alternatives, including short sales.