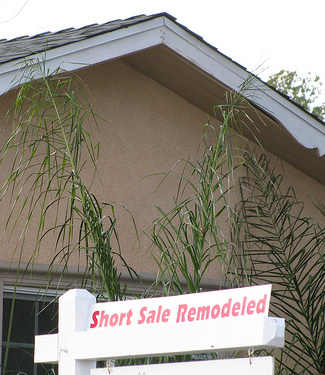 lowest mortgage rates in decades. The surge in home purchases from pre-foreclosures account for an eighth of all residential sales, but represent less than a quarter of all U.S. home sales.

Short sales, in which banks cooperate with mortgage holders to sell at a price for less than what is owed on the mortgage had an average sales price of $192,129, according to RealtyTrac. The figure represents a discount of about 21% under homes that are not foreclosures or short sale properties.

The surge in sales may be a major step for the housing market, troubled by record foreclosures and declining home values in most areas of the country. High unemployment and underemployment levels make it nearly impossible for more than a third of all U.S. households to qualify to purchase a home.

Some 102,407 short sales that were either in default or scheduled for foreclosure auctions sold during the period. States with the highest number of sales included some of the hardest hit in the housing downturn with Nevada leading the pack. California, Washington and Texas also had exceptionally high bank assisted sales. 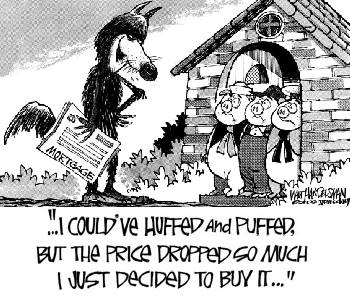 However, lenders still weren’t showing any signs of helping homeowners to produce a sale quickly, despite finally approving the lower priced sales so homeowners could unload their properties. It took an average of 245 days to sell a home after homeowners first received an initial foreclosure notice as real estate agents complain that bankers are still taking too long to respond to offers to purchase homes.

Bank owned homes sold for much less than bank assisted short sales on average, selling for an average price of $145,211, a discount of almost 40% below prices on homes that have not been foreclosed. Homes sold for 4% less in the second quarter that were foreclosed compared to earlier this year.

The lower prices paid for foreclosures also saw a drop from 2010 as buyers wait out the market to get the best deal they possibly can on purchases. REOs sold in the second quarter took an average of nearly six months (178 days) to sell after being foreclosed as banks and mortgage lenders slash prices on foreclosures to get them off their books, despite increasing bank losses due to the record volume.