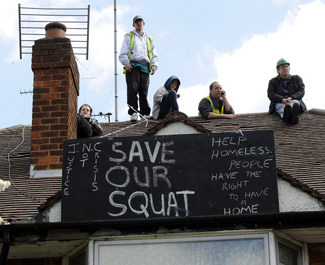 vacant homes before going homeless. That was the result of the latest Housing Predictor opinion poll.

The online survey found that 55% of all respondents would become a tenant in a vacant home legally or illegally if they had to do so. The balance or 45% said they would not squat in a vacant home.

The survey clearly demonstrates how worried Americans are about the troubled U.S. economy and the housing market, which has seen its greatest decline in home values since the Great Depression. Despite programs to help the homeless in the majority of major cities throughout the country, the majority would become squatters if they had to. 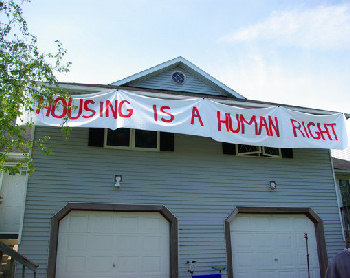 The survey struck a nerve with online Housing Predictor visitors, who cast their opinion on the question at the second fastest rate in the five year poll’s history. It was also the second most popular poll of all-time, ranking only second to the top ranking question, which was whether people felt nervous about possibly being foreclosed.

Millions of homeowners and tenants have been through evictions as a result of the foreclosure crisis, which has directly impacted the lives of more than 7-million homeowners losing their homes to lenders. At least another 8-million homes are forecast to be foreclosed over the course of the next several years by Housing Predictor analysts, who were the first to forecast the crisis five years ago.

If things got really bad for you and your family, would you resort to squatting in a vacant home?