The mortgage settlement reached by 49 state attorneys general and the U.S. government requires banks and mortgage servicers to 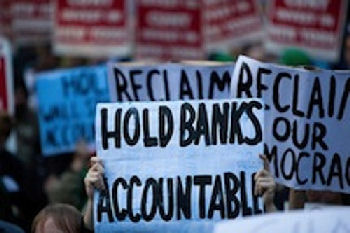 implement changes servicing mortgages, handling foreclosures and attempts to insure the accuracy of information provided to federal bankruptcy courts in an unprecedented manner.

The $25-billion agreement requires new bank servicing standards in an effort to prevent foreclosure abuses, which is something real estate analysts say should have been legislated decades ago.

Banks will be required to make compensation to any mortgage holder who was a victim of a wrongful foreclosure or who was wrongfully charged a higher mortgage interest rate. The compensation will be in addition to the $25 billion settlement reached with the government, but is expected to be only minimal in the neighborhood of $2,500 per foreclosure by real estate analysts.

The new standards include changes that will affect foreclosure paperwork signing uncovered in the robo-signing scandal, improper documentation, handling of lost paperwork, and creates dozens of new consumer protections. The new standards adopted by the agreement are intended to provide strict oversight of foreclosure processing, which include third-party vendors, and forces new requirements in the pre-filing reviews of some documents filed in bankruptcy court.

The new standards agreed to by the nation’s five biggest mortgage lenders makes foreclosures a last resort by requiring servicers to evaluate homeowners for other loss mitigation options, including mortgage modifications, bank assisted short sales and in some cases agreeing to sign a deed in lieu of foreclosure instead of homeowners suffering through a formal foreclosure.

Banks will also be restricted from foreclosing on a home while the homeowner is under consideration for a mortgage modification. The intent of the agreement is to put borrowers’ on a more level playing field with banks and mortgage servicers. New standards also set timelines for reviewing loan modification applications and gives mortgage holders the right to appeal a denial. 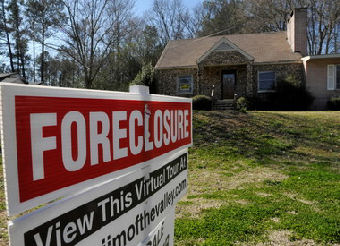 The agreement also increases consumer protections that go beyond those required by the Service Civil Relief Act (SCRA). Banks have also agreed to conduct a review, which will be overseen by the U.S. Civil Rights Division, to determine whether any mortgage holder was charged interest in excess of 6% on their mortgage after a “valid request” to lower the interest rate was made.

Under the settlement mortgage holders still retain the right to sue their lenders in court for damages as a result of faulty foreclosures.

The agreement will be monitored by the North Carolina Commissioner of Banks, Joseph A. Smith Jr., who will oversee implementation of the new standards required by the agreement and impose penalties up to $1 million for each violation and as much as $5 million for repeat violations against bankers.

Smith will publish regular reports and identify any time a bank falls short of the new standards imposed by the settlement.

The agreement releases banks from violations of civil law based on mortgage loan servicing activities, but does not prevent state and federal authorities from pursuing criminal actions against them.

The state attorneys general also retained the right to bring claims against the Mortgage Electronic Registration Systems (MERS), which was used as the electronic highway to produce millions of foreclosures being investigated by federal regulators in the robo-signing scandal.