U.S. Senator Sherrod Brown (D-OH) is calling for tougher sanctions on banks abandoning homes they foreclose on leaving tax payers on the 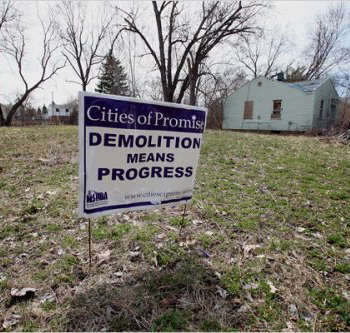 hook to maintain properties, and tougher standards to prevent evictions of families.

“Too many Wall Street banks are walking away from too many Ohio Main Street communities,” said Brown. “And when they do, they leave behind homes that are often vandalized and left to crumble. Ohioans are seeing their property values plummet as abandoned homes on their block or in their neighborhood are left to decay or stripped of anything of value.”

The Ohio Senator has proposed a bill in Congress in an effort to protect neighborhoods from falling into a state of destruction in the wake of millions of vacant homes across the U.S. left by lenders after families are evicted following foreclosure. 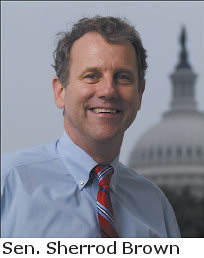 “Wall Street has had its way in Washington for too long. That’s why we must pass the Foreclosure Fraud Prevention and Homeowner Protection Act, and empower the new Consumer Financial Protection Bureau to speak for Ohio homeowners. It’s in everyone’s interest, from banks and homeowners to our communities and local government to find ways to keep people in their homes,” Brown said.

The Government Accountability Office (GAO) released a report on abandoned foreclosures detailing a negative impact on communities like Cleveland, where thousands of homes have been abandoned to rot and be damaged by thieves and drug dealers, who often occupy the properties after homeowners leave. 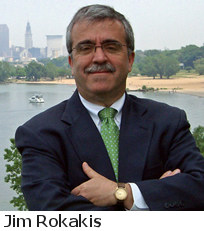 However, despite the GAO recommendations the Office of the Comptroller of Currency (OCC) released guidelines allowing banks to walk away from homes they foreclose on if it is in the banks financial interest.

“Bank walkaways hurt homeowners, neighborhoods, and entire cities,” said Jim Rokakis, the director of the Thriving Communities Institute, a Cleveland based social aid group. “At a time when the foreclosure crisis has hit Cleveland hard, we need federal guidelines that work for homeowners, not for big banks that have decided to walk away.”

The GAO found that bank walkaways pull down neighborhood home values, increase crime, decimate the personal finances of homeowners forced to pay back taxes and fees on properties they didn’t know they still owned, and impose costs to maintain homes on cities left to deal with abandoned properties.