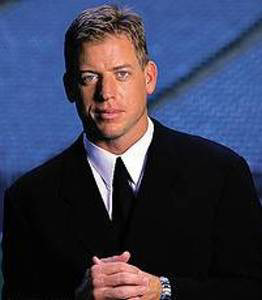 but in the troubled world of high-end real estate Aikman may soon be taking a financial beating.

Aikman’s swank five bedroom, six bathroom mansion in a posh high-end Dallas neighborhood just had its priced slashed $3 million to an asking price of $24 million. The Mediterranean style mansion is more than 10,000 square feet covering most of its 1.5 acre estate in Highland Park.

The three story house was built at the height of the real estate bubble in 2005 and is the largest residential listing in all of “Big D” as the locals call Dallas. The estate is accompanied by a four car garage, three fireplaces with a large living room, sitting areas for warm Texas evenings and a massive family room. 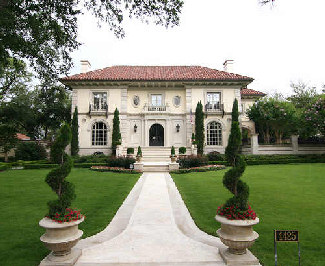 The property surrounding the home is heavily treed with all sorts of other vegetation.

The estate is apparently being sold as part of Aikman’s announced divorce from his wife of ten years to settle financial affairs, and is priced $8 million above the next highest priced home in the Dallas area currently on the market.

Somehow you have to feel sorry for Aikman, who despite his successes on and off the field is likely to take a real financial beating in the hard hitting world of high end estate real estate these days.

Maybe Fox sports will sign him to a bigger announcer’s contract for next football season to make up for some of his losses.