It was a decisive poll. Apparently Americans have seen enough of Donald Trump. 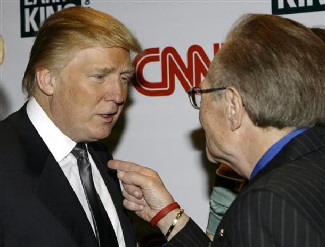 A huge percentage surveyed say they don’t want to see “The Donald” run for U.S. President and he should hang it up.

Nearly two out of three or 64% polled said the real estate billionaire should not run for president, while only 36% said he should. That’s hardly enough to spend millions of dollars on over a campaign.

Housing Predictor took the poll after the real estate magnate started the talk show tour with CNN, saying any announcement he might make to run for the White House would have to wait till June. But old CNN master Larry King, whose ratings plummeted before he finally got-off the air said Trump would not run for president “because he would have a hard time losing.”

After his departure from the cable news network following decades of TV interviews, Larry knows more than his fair share about losing.

Fellow talk show host David Letterman over at the “Late Show” also had Trump on his show last week, 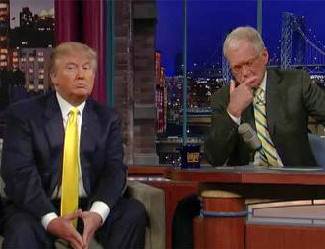 barely asking about a possible bid for the presidential nomination. It seems David wasn’t all that interested, bidding Trump farewell in the final moments of an interview, saying, “Oh, you’re not going to run for president.”

Trump has made the talk show circuit just about every presidential season for the past 20 years, and now few seem to take him serious – looks like Trump will stay in the real estate business and TV as host of his reality show, despite other aspirations he might have.

Do you think billionaire real estate investor Donald Trump should run for U.S. President in 2012?