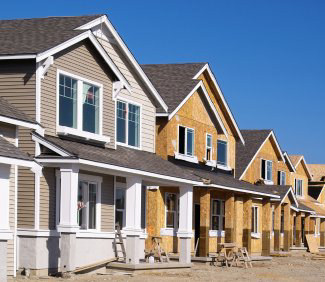 are still struggling. Real estate analysts say that the recovery will continue to be slow through 2011, and may in fact be a bit longer. Inventory of newly built homes is still high, with pending and closed sales down. Prices also continue to decline on existing homes, and experts say this is likely to continue for the foreseeable future.

Hope on the Horizon

However, rising interest rates may change things. That’s because an increase in mortgage rates, however slight, may push home buyers who have been “waiting to see” into buying while interest rates are still near historical low.

While established, large homebuilders are dealing with steep construction costs that make new homes significantly pricier than existing homes, that doesn’t seem to hold true for every homebuilder. There’s a new kind of homebuilder on the horizon in some areas of the country, one that may have a significant advantage over established homebuilders that follow an old business model.

Smaller, newly established homebuilders may be changing the way the market works. They’re banking on an assumption that existing home prices are not going to drop much lower; at the same time, with the housing market soft throughout the country, they’re taking advantage of significant materials’ savings.

These smaller homebuilders who are just getting into the business have some advantages over those larger corporate homebuilders, who are already established. 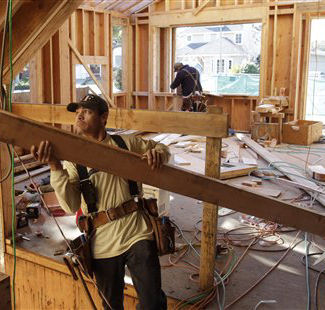 Most of these new entrepreneurial companies have no debt and have significantly low overhead. They say they’re positioning themselves for “survival” in this soft housing market.

What’s significant about these builders is that they are private builders. As long as they keep debt levels and costs low, they’re significantly more nimble than big home construction companies because beleaguered suppliers will sell goods and services to these small builders at the same rates they charge big companies, which saves these small companies money. Lot developers also offer them the same prices they offer larger buyers — all without the overhead and debt load.

The key secret for small homebuilders’ flexibility is the fact that they buy lots on a just-in-time basis, build with materials bought from suppliers at low costs, and then sell new homes at significantly less inflated rates than bigger homebuilders can afford. In addition, because most of these small homebuilders work with existing capital and don’t borrow, there’s no debt. Theoretically at least, this makes the small builder much more secure than bigger, heavily leveraged builders.

Banking on an Improvement

Another reason some homebuilders are optimistic is that although foreclosures and bank assisted short sales are still the biggest sellers in the housing market, these properties are not without their problems — and new homebuilders are holding up new properties as an attractive alternative.

Foreclosed homes usually sit for months unattended before being sold and may have been damaged by angry homeowners, renters or vandalized by others and cost a lot of money to repair, making them much more of a headache to homeowners than a new home.