Even before the program to refinance underwater home mortgages is launched, a government analysis shows that fewer homeowners will be aided than government officials first announced. 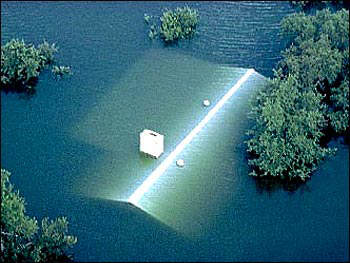 The research report also indicates that the program will have a net economic impact ranging between $11.7-billion and $35.8-billion on the U.S. economy depending upon how many homeowners are helped. It’s the first time government efforts have been launched to aid underwater homeowners, estimated to be as many as 1 in 4 U.S. mortgage holders.

More than 14-million borrowers are underwater on mortgages. Another 6-million are likely to fall into negative equity territory by the end of 2011, according to a study conducted by Deutsche Bank, making more than 20-million homeowners underwater by the end of next year.

The FHA Short Refinance option is targeted at mortgage holders who owe more on their homes than the value of the property in efforts to slow the growing volume of homeowners walking away from mortgages. Housing values have fallen as much as 75% from the markets peak in some neighborhoods in the most severely affected housing markets, including Florida, Michigan, California and Nevada.

The foreclosure crisis has led to millions of mortgage holders losing homes. The refinancing program is only for owners of principal residences, and will not aid owners of rental properties, many of whom are at a loss to retain their properties in the worst housing crash in the nation’s history. The program will start Sept. 7, 2010.

Eligibility requires mortgage holders to be current on their loan payments, and owe more on their home than the present market value. Most areas of the country have seen declines in home values of at least 20%. The program will require a minimum credit score (FICO) of 500. The borrower’s first lien holder needs to agree to write off at least 10% of the mortgage balance, reducing the loan amount to no greater than 115%.