As the housing relief programs implemented by the Obama administration come under attack in Congress, the refinancing program administered by Fannie Mae and Freddie Mac to help underwater homeowners is being extended in efforts to aid more upside down homeowners. 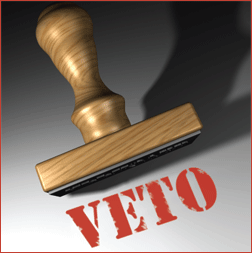 Four Republican driven proposals would wipe out efforts to aid homeowners at risk of losing their homes to foreclosure, but a spokesman for the Obama administration said the president would veto any bill making it to his desk to eliminate any of the relief programs.

The Home Affordable Refinance Program (HARP), scheduled to expire June 30th has helped 621,803 families refinance homes, a small fraction of mortgage holders with underwater mortgages in 2010, according to government figures. HARP refinances had loan-to-value ratios of 80 to 125%. The program was slow to get off the ground with only 190,180 refinances in 2009. 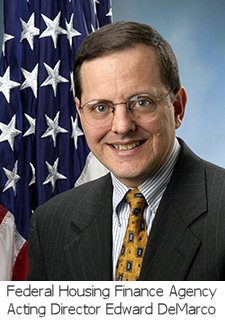 But government officials have high hopes for the program as it gains traction to help more homeowners, who qualify for the program, extending it through June 30, 2012, according to Federal Housing Finance Agency Acting Director Edward DeMarco.

The programs will also be eliminated from higher interest rates for mortgages in order to aid at risk mortgage holders whose properties have lost value. Fannie Mae and Freddie Mac purchased 6.8-million refinanced mortgages in 2010.

State attorneys general in all 50 states have been sent a proposal to settle with banks’ mortgage servicing companies over problems associated with foreclosure procedures in the robo-signing scandal, in which servicers admittedly mishandled the legal paperwork to foreclose on homeowners.

The proposal, provided by Iowa Attorney General Tom Miller, who is spearheading the effort, was sent to attorneys general six months after major U.S. mortgage lenders called temporary foreclosure moratoriums to straighten out errors they had made in the formal repossession process.