The U.S. government has taken major actions against banks and

mortgage companies in the fallout of the real estate crash seeking more than $105-billion in damages from mortgage lenders.

The federal agency started by the Obama administration to right the wrongs of the real estate and financial crises, the Federal Housing Finance Agency (FHFA) has filed lawsuits against 17 banks and financial institutions alleging fraud and misrepresentations over mortgage-backed securities they sold to Fannie Mae and Freddie Mac.

The agency alleges that Bank of America by way of Countrywide Mortgage, which BofA bought sold securities that “contained materially false or misleading statements and omissions” to the nation’s mortgage giants, Freddie Mac and Fannie Mae. BofA and individual bankers named as defendants in the lawsuit “falsely represented that the underlying mortgage loans complied with certain underwriting guidelines and standards, including representations that significantly overstated the ability of the borrowers to repay their mortgage loans.”

The unprecedented government lawsuits against the financial institutions alleged violations of federal securities laws and common law in the sale of residential private-label mortgage backed securities. The suits are seeking damages and civil penalties under the 1933 Securities Act similar to a suit filed earlier this summer against UBS Americas, Inc bank. 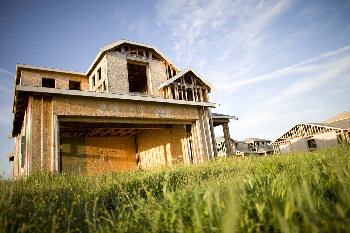 Each complaint alleges damages for negligent misrepresentations, and some of the complaints also allege state securities law violations or fraud. As conservator of Fannie Mae and Freddie Mac, FHFA is responsible for preserving the troubled giant mortgage lenders assets.

The complaints filed in New York and Connecticut courts today “reflect FHFA’s conclusion that some portion of the losses that Fannie Mae and Freddie Mac incurred on private-label mortgage-backed securities are attributable to misrepresentations and other improper actions by the firms and individuals named in these filings,” FHFA said in a statement.

After reviewing the loans the government agency determined the mortgages “had different and more risky characteristics than the descriptions contained in the marketing and sales materials provided to the enterprises for those securities.”

The government filed the suits under the authority of the Housing and Economic Recovery Act of 2008 after talking with representatives of the lenders that are involved in the lawsuits.

Lawsuits have been filed against the following firms in alphabetical order: