Fed up with bankers refusing to negotiate on their mortgages, homeowners are walking away from their homes in rapidly increasing numbers whether they can afford the mortgage or not.

A new Housing Predictor survey culled from a sampling of more than fifty counties in 25 U.S. states has determined that homeowners who are upside down on their mortgages or find themselves unable to afford mortgage payments are staying longer in their homes than ever before they are foreclosed. The average exceeds 18 months as bankers try to catch-up with the foreclosure epidemic. 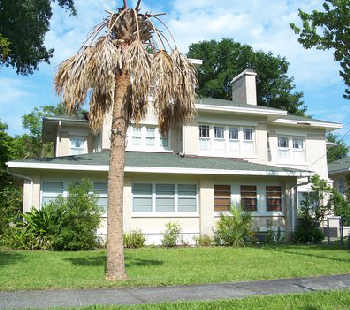 Mortgage walk-aways are a phenomenon that has grown over the ensuing months since the financial crisis exploded on Wall Street two years ago.

“I feel sick about losing my house,” said Greg Anderson, a former contractor in Los Angeles. “But the bank wouldn’t modify my mortgage. We played this asinine game for months. I called Bank of America dozens of times to only be screwed around with on the phone. They sent me from one person to another. They even promised me a modification at one point, and two days later I received a letter that said they were foreclosing.”

Anderson’s plight is similar to hundreds of thousands of others caught in the web of the nation’s worst housing crisis in history. As banking CEOs reap multi-million dollar bonuses, their executives pocket millions in cash and the government bails out banks, providing incentives to them for their financial losses anger grows among those caught in the mess.

The incentive to freely walk away from a home is highest in the ten states that have anti-deficiency statutes, prohibiting lenders from suing mortgage borrowers for the remaining balance of a mortgage, according to mortgage experts. The states are California, Arizona, Florida, Alaska, Connecticut, Idaho, North Carolina, Texas, Utah and Washington.

“The bastards should really be tried for treason,” said Don Rickland, a Seattle native who was foreclosed after not paying on his mortgage 23 months. “They are screwing the whole country and the government isn’t doing a damn thing to help the little guy.

“Oh, I applied for HAMP (The Obama administrations mortgage modification program). But they told me they couldn’t help. They had this crappy attitude too, and one lady told me to just throw out the keys.”

Rickland, who could not afford the payments on his 4-bedroom home after the adjustable rate mortgage he and his wife had on their family home with their two children nearly doubled, stopped paying after his request for a modification was denied. “I got an attorney to fight and we have a lawsuit against them for misrepresentations and a mess of other things, but that’ll take years.”

Three months ago Rickland and his family packed up their household belongings after learning from courthouse records that the final sale date for the foreclosure sale was nearing. He was never notified in writing, which is required by law. They now live in a five bedroom home rented just a mile from where they resided.

Rickland didn’t want to walk away from his home, but was forced to as a result of a mortgage payment he could no longer afford. His job at a local computer firm is located just five minutes from the families’ new home.

Getting a mortgage again may take years. Fannie Mae, one of the nation’s two lending giants recently announced policy changes that could make it tougher for those who walk-away and had the capacity to pay. Borrowers who default and walk-away may be ineligible to obtain a Fannie Mae backed mortgage for seven years from the date of foreclosure.

“It’s all part of screwing the little guy,” said Rickland. “The bastards robbed me and didn’t even use a gun. They set it up that way – for the government to bail them out and the guys on Wall Street and the bankers to get rich. They’ll get theirs someday. My wife says wait till they die.”