Even before the greatest financial reform legislation is passed by Congress since the Great Depression, Wall Street bankers and creative companies are popping up to finagle another way to rake in billions of dollars in profits from real estate. 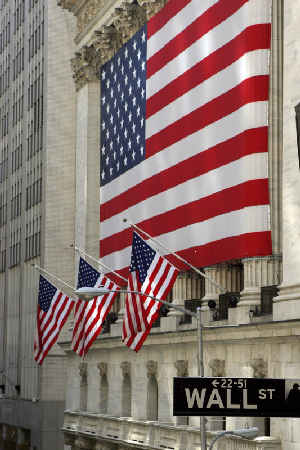 Risky Wall Street practices have gained the attention of politicians at the state level, who are mounting efforts at outlawing a new Wall Street real estate financial tool.

Under increasing government scrutiny, Wall Street bankers are rejecting plenty of deals brought to them to creatively produce the next big win-fall. Manhattan, New York based Freehold Capitol Partners is adding language to home purchase contracts requiring that 1% of the sales price be paid to the original corporate owner of a property every time a home is re-sold for 99 years.

But the Freehold plan, which the company says has attracted hundreds of builders and developers, is running into resistance. Representative Brad Sherman (D-CA) says the Wall Street Home Resale Fees, which are officially called private transfer fees in legal documents are a “new predatory financial scheme.”

Rjon Robins, a Miami attorney who works with Freehold Capitol says the company offers developers “a financing tool” to help them in the course of making home building more affordable for home buyers, offering private transfer fees as an option to defray part of the high expense of new home building.

Robins says that if homeowners pay the 1% fee instead of paying the additional amount that is carried by developers and builders as part of a higher home price, the expense involved is much lower most of the time. “It would only be higher for people who are buying and selling property rapidly,” said Robins such as in the case of those who purchase homes to quickly “do flips” to make a fast profit.

The Miami lawyer has been associated with Freehold a number of years even when the company was operated under another name. However, concerns over news media reports on what Robins’ termed as “unethical” reporting practices by the mass media on Freeport leads the company to remain less than open to media inquiries to discuss the transfer fees.

However, Freehold has announced nearly $500-billion in projects to be built by developers agreeing to its plan in California, Nevada, Colorado and Louisiana. Once complete, the Colorado project would have a completed value of $360-billion alone. Freehold does not name any of the companies that have agreed to work with the company in news releases it made announcing the projects.

The cloak of secrecy that revolves Freeport’s operations may be the company’s largest concern as state lawmakers across the nation rally in political opposition to outlaw the private transfer fees. The political climate and resulting fall-out of the housing crash and stresses over the financial crisis may make it a difficult for any company to successfully offer new financing alternatives.

believe. Title insurance companies could be held liable for damages in a court of law should underwriters fail to note the transfer fees existence as an exclusion in a customary title insurance policy.

The fee would also have to be clearly explained to home buyers before a sale could close, leading to possible problems for real estate agents and others involved in the transaction.

Moves to outlaw the fees have been swift in more than a dozen states across the country, including Ohio. However, a Security and Exchange Commission filing made just this last week on June 23rd, shows Freehold filing for an exclusion to raise millions of dollars in funding for its plan through a rarely used loophole.

The SEC filing is an effort to use an old law on the books for decades to keep investors who purchase stock in its company shielded from public view. Under Regulation D Rule 506 of the SEC Act of 1933, “any offer to sell securities must either be registered with the SEC or must meet an exemption.” Under the little used Rule 506 of the act companies “can raise an unlimited amount of money.”

Goldman-Sachs, the largest Wall Street bank rejected an offer to market securities for Freehold, according to an analyst with the firm. Other Wall Street bankers have been approached, but none contacted by Housing Predictor said they were interested in marketing the firm’s products, which could be offered in the form of bonds or other securities.

Creative mortgages developed by banks made to anyone who could sign their name, combined with sophisticated derivatives traded in financial markets without transparency and a series of other forces produced massive piles of money to make mortgages in the hey days of the real estate boom. The series of events resulted in the housing crash, millions of foreclosures and the financial crisis.

Wall Street executives, financial executives, CEOs of some of the nation’s largest banks, insurance companies and mortgage firms reaped millions of dollars in profits, while millions of homeowners lost their homes to foreclosure in the biggest financial bust in terms of total dollars in U.S. history. Foreclosures are still rising at record rates across the country.

Governors in 13 states have taken swift action, outlawing the fees. The fees are included in the small print of covenants accompanying real estate sale contracts that few home buyers ever actually read.

In a political move, Hawaii Governor Linda Lingle joined state legislatures across the country taking action to outlaw the fees just this last week. Hawaii joins Arizona, Florida, Kansas, Iowa, Maryland, Minnesota, Mississippi, Missouri, Ohio, Oregon, Texas and Utah in banning the fees. California has a requirement to notify the state if transfer fees exist in a contract, and a legislative ban is pending in the state.

“Lawmakers are using their common sense to stand up for American homeowners and send a message that dangerous financial schemes won’t be tolerated,” said Kurt Pfotenhauer, CEO of the (ALTA) American Land Title Association. “Once legislators learn about Wall Street Home Resale Fees, it becomes an easy decision to outlaw them.”

The right to collect the fees may be sold to investors as bonds or securities adding a complicated roadblock to the home selling process. Freehold Capitol Partners with real estate developers and owners of large projects, adding the fee to each home sold to be paid over 99 years.

The process is started by filing a “Declaration of Covenant” or “Private Transfer Fee Covenant” in the county where the project is built. The filing results in a collateralized income stream. Payments can be sold off as securities or cashed in by investors. “It is an attractive alternative to forcing 100% of development costs on to first time buyers,” the company’s website states.