Hard money lenders, where the downtrodden and desperate seek money are having a field day in the current tough economy, reaping huge profits from clients, most of whom are just trying to get by from day to day. 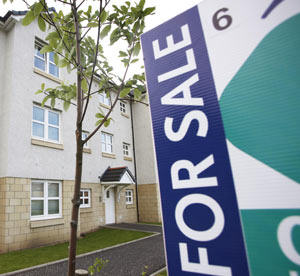 The real estate market has been hit hard and many conventional mortgage lenders, including nearly 400 banks and major mortgage companies have gone bust. Foreclosures are at a record high, and appear to be worsening in the current financial climate.

Companies like Hard Money Bankers, LLC, an Internet based firm announced recently that its first quarter numbers “are the best in company history in terms of both the number of loans closed and total volume.” The lender has seen steady growth and only sees more growth on the horizon. In bad times the desperate and those down on their luck seek hard money.

With tightening in the conventional mortgage market, hard money lending has seen historical growth over the past two years. Mortgages from conventional lenders are usually based on federal guidelines mandated by Fannie Mae and Freddie Mac in order for lenders to sell their loans to the nation’s mortgage giants.

But hard money lenders consider the equity of a home or other property first before considering other lending criteria or individual applicants for a loan. The difference differentiates the industry from conventional lenders in a major fashion, and has given hard money a “bad wrap” in some circles. Hard money lenders, who usually charge from 4 to 7% more for mortgage loans depending on credit worthiness, have been branded with the stigma of being the lenders of “last resort.”

As a result of alternative lending criteria, lenders often work with real estate investors looking to rehabilitate and resell properties seeking short term financing for their projects. Hard Money Bankers principal Jason Balin attributes his company’s growth to “working with the right borrowers, performing the proper due diligence and only funding sensible deals.”

Lending on only “sensible” projects may be the key to Balin’s success, but it also limits the number of mortgage defaults. Most hard money lenders only loan on property where there is a

minimum of 35% in home equity, which is tough to find in the current deflationary housing market in most areas of the country.

With a tough economy and real unemployment topping 30% in especially hard hit areas of the nation, there is a large need for hard money for home mortgage holders desperate to stay in their own homes and make the next mortgage payment, and for investors troubled by loans that are often hard to keep current.

The rise in hard money lending has also made the business more competitive. A Bronx, New York based company, Hard Money NYC specializes in alternative financing, providing pre-settlement lawsuit cash advances to clients across the country in efforts to cash in on the increase in business.

The company touts that it puts “cash in clients’ hands within 48 hours of the initial application.” Their competitive advantage is a streamlined process that does not include a formal application, according to company officials.

“Providing a cash advance in the time-frame that we do is amazing,” Robert Coppinger, who is the founder of the company, said. “We sometimes have checks go out the door the same day that an application came in. Access to quick cash in this economy is a valuable resource. And the best part is, if the client loses their case, they owe us nothing. We only get paid back if the client wins their case.”