A coalition of real estate related companies have launched an effort to stop a 1% home resale fee added to some new home developments being offered by a Manhattan based financial firm by sending a letter to U.S. Treasury Secretary Tim Geithner.

The effort was revealed during a news conference with reporters, which included the National Association of Realtors, American Land Title (ALTA) and the Institute for Liberty, which is active in housing rights. The letter was delivered to the Treasury Department this morning in an effort to halt Freehold Capitol Partners from adding the fees, seen as a possible new Wall Street investment vehicle in the housing market. 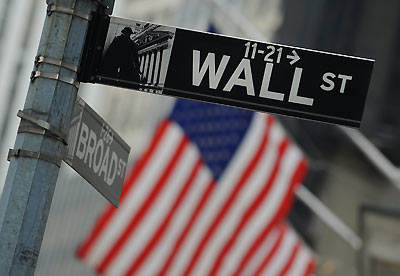 The move by the coalition comes at a time of growing economic anxiety over the financial crisis related to the foreclosure epidemic. Government officials say more than 7-million properties have been foreclosed nationally so far in the worst foreclosure crisis in U.S. history.

“We found a sudden spike in the last six months of what we call Wall Street Home Resale Fees,” said Kurt Pfotenhauer, CEO of American Land Title Association. “It’s a pretty slick way to make money. In our experience so far, consumers are rarely aware of these covenant fees.”

The alliance of organizations has been gathered to fight the use of the new securities, which are attached to new homes that are developed by builders that partner with Freehold. The company says that it gives new home builders a way of financing their projects in these tough economic times in the fall out of the financial crisis.

The 1% fee is added to homes for a period of 99 years, and must be paid each and every time a home is sold, troubling homeowners and home buyers. News releases issued by Freehold indicate that builders have signed up for the program amounting to $600-billion in residential developments being planned for construction.

Wall Street bankers have rejected deals brought to them to creatively produce the next big win-fall in the wake of growing public scrutiny over practices on Wall Street in the financial crisis. Freehold Capitol Partners adds language to home purchase contracts requiring that 1% of the sales price be paid to the original corporate owner of a property every time a home is re-sold.

Rjon Robins, a Miami attorney who works with Freehold Capitol says the company offers developers “a financing tool” to help them in the course of making home building more affordable for home buyers, offering private transfer fees as an option to defray part of the high expense of new home construction. “It’s a win-win situation for both developers and homeowners,” said Robins.

The fee is included in a “Declaration of Covenant” or “Private Transfer Fee Covenant” in the county where the project is built, and are rarely viewed by real estate purchasers or agents, presenting the likelihood of massive problems for home buyers and sellers when a transaction is scheduled to be closed. The filing results in a collateralized income stream. Payments could be sold off as securities or cashed in by investors.