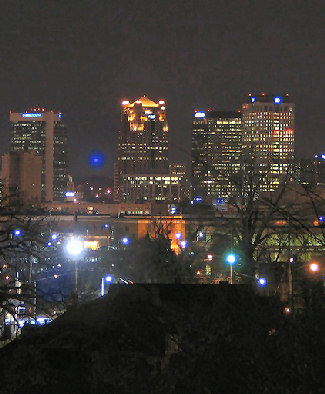 market into the doldrums, with home values declining at their highest rate on record in some areas of the state.

Foreclosures and short sales are driving the drop in home prices in Mobile along the troubled Gulf Coast, where distressed property sales are making up the majority of transactions. The pent-up supply of foreclosures is attracting multiple offers for the discount priced properties as bargain hunters shop for deals.

Bank assisted short sales compose another chunk of the market in Mobile, which had been a major force in the real estate bubble. Home and condo sales are projected to increase on lower mortgage rates in 2012, particularly in the second home vacation market where many purchasers pay cash. Housing deflation is forecast to average 6.9% for the year.

Down on the immediate Gulf Coast Orange Beach should supply a plentiful inventory of foreclosures for bargain hunters to pick through, with forecast housing deflation of 7.5% for the year.

A drop in home buying activity slowed deflationary pressures on housing prices in Huntsville, which should see more sales in the new year as more employees go back to work. Huntsville has seen a series of business closures and other issues trouble the local economy, delivering a blow to the housing market. Prices on homes are forecast to drop another 5.4% in 2012.

In Birmingham home sales are surging as buyers take advantage of low mortgage rates and discounted foreclosures. Nearly half of all home purchases are foreclosures or short sales in Birmingham, which is driving the market and should produce an increase in sales in 2012. But that will come at a high expense for homeowners, who can expect another 5.3% loss in average home prices. Montgomery is expected to see fewer home sales on projected deflation of 6.4% by years end.

In Tuscaloosa the community is dealing with a whole different sort of disaster in the wake of tornadoes that swept through the community April 27th of 2011. A University of Alabama real estate study estimates it will cost more than $224 million to rebuild and repair homes and apartments destroyed or damaged by the twisters.

There were 1,240 homes destroyed and nearly 4,000 additional housing units damaged by the tornadoes. The disaster triggered a pause in home sales after the twisters hit an area located near the University of Alabama, but home sales quickly rebounded. The tornado ravaged neighborhoods are expected to take years to rebuild.

Low mortgage rates should assist homeowners rebuilding as they take advantage of low rates if there insurance policies provide enough coverage to rebuild. However, home prices are projected to decline an average of 4.3% in Tuscaloosa as the market encounters otherwise tough economic conditions in 2012.