While most of the U.S. deals with the fallout of the financial crisis and the real estate collapse, Iowa is experiencing some of the most prosperous times in 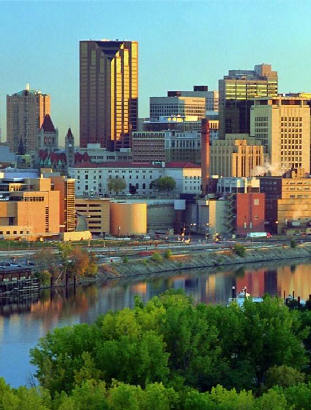 history as farming drives the state to its best run in decades. Farm profits are spiking in the midst of the worst U.S. economy since at least the Great Depression.

The sale of grains, corn and soy beans are bringing farmers record profits as demand exceeds supply for international markets, including developing new countries like India and China. Ethanol is driving a surge in corn prices as corn producers in Iowa drive up their stocks.

In Des Moines home sale are climbing, but prices on homes are off slightly, despite near record low mortgage rates for consumers. The fallout of the foreclosure crisis coupled with a slower national economy is impacting the area as it recovers from flooding along the Mississippi River.

However, Des Moines homes bought in cash are more than double a decade ago, representing a boost to the areas economy. Existing home sales are projected to increase in 2012 with forecast home prices that will inflate 2.9% for the year as the market moves towards stabilizing.

In Sioux City higher prices paid for crops has meant higher prices for homes, which have been aided by near record low mortgage rates and slightly lower housing prices in cases of properties that have been foreclosed or in default of their mortgages.

Iowa’s farm belt never really went through a big boom during the real estate bubble, and

it’s highly unlikely that prices will ever get out of hand like they did elsewhere with double-digit appreciation. Sioux City home prices are forecast to rise 3.2% during the year.

Cedar Rapid existing sales are projected to remain at a healthy clip through 2012, despite an expected slowdown during the winter months. Housing prices are forecast to grow by 3.1% for the year.

However, in Iowa City a series of months with slower home sales has driven home values lower. Less demand in smaller Iowa City has sent prices lower but they are projected to improve and hit 2.1% higher by year end.

Home sales have just been chugging along in Davenport, where prices have barely budged as the Iowa economy remains one of the strongest of any state in the nation. Home prices should increase marginally over the year 2.0%.