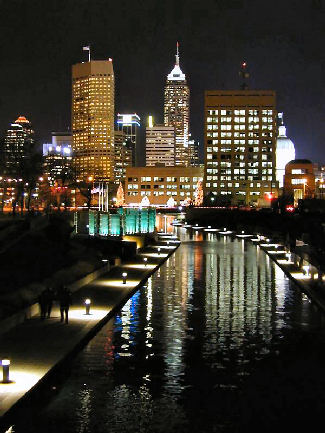 to improve from its housing downturn.

Lower home prices combined with close to record low mortgage rates are driving a reemergence of home buyers in some areas of the state.

The decline in inventory of homes listed on the market is aiding Indianapolis in its housing recovery. Job gains in some sectors are contributing to an increase in home sales, which should bolster the state’s largest metropolitan market before the years end, and is forecast to push home values higher by an average of 4.1% in Indianapolis.

However, some areas of the state may take a bit longer to break into a recovery of sorts, despite a stronger agricultural economy that is pushing the state into an economic recovery.

In Fort Wayne, the number of homes projected to sell over the remainder of 2012 should climb as more people go back to work. Lower house prices and favorable interest rates are getting many want-a-be buyers off the fence. Fort Wayne should see little difference develop in its market in terms of home prices with less than 1% in average deflation.

In South Bend, the University of Notre Dame has actually helped the community’s market in the current economy. Students’ parents have increasingly been buying up discounted foreclosures and short sales to drive the average price of homes higher. The movement has been seen in college towns throughout the country as parents hope to

cash in on a profit when their children graduate from college.

The gamble could pay off for some investors, but is unlikely to pay-off for all parents as the slow churning real estate market makes it unlikely for every investor to cash in as quickly as the four years it takes to get a degree. A long term plan may provide a better outcome for higher returns. South Bend is forecast to sustain housing inflation of just 2.1% in 2012.

Residents have been leaving Gary, Indiana for years, ever since the steel business went bust. Locals say it’s a ghost town and some say it will never recover from its infamous hard hit economy.

Home sales have remained sluggish and the foreclosure crisis is hurting the economy as many locals leave the area in search of work. Home prices are forecast to drop another 2.5% in 2012.