A drop-off in the number of homes being foreclosed due to a new state law, and an increase in bank assisted short sales is driving a rise 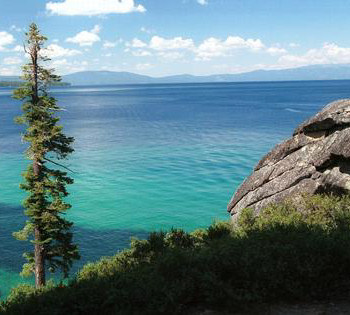 in home prices for Nevada cities though the end of the year. The turn around is a stark contrast to the deteriorating conditions in the state’s housing markets the last six years.

Home values are forecast to finish 2012 with housing inflation in Las Vegas, despite a bulging supply of homes still in the foreclosure pipeline and in default. Home prices had been tumbling for six years in Vegas, where the massive loss in values in some neighborhoods has topped 70% from the markets peak. But a new law that made it a felony for lenders to file foreclosures without also filing proof of legal ownership to a home’s title has slowed foreclosures.

Bankers are also starting to cooperate with more homeowners at risk of foreclosure to sell their homes as short sales, thereby increasing the net to lenders at closing. As fewer homeowners walk away from their homes, a lower number of foreclosures are resulting.

But Las Vegas is still troubled with a drop in gambling revenue, the region’s largest employer with 12.2% unemployment as of the beginning of July.

Sin City is anything but out of the woods in its housing crisis, with a bulging inventory of homes to be sold off. However, at least home values seem to have bottomed out. Prices are forecast to average housing inflation of a modest 3.8% through December.

In Reno, the city is still under going the throws of a weak economy, straddled with high unemployment.

City leaders are working to attract new businesses to the region and are looking forward to Amazon opening a new warehouse to fill orders made on the Internet. Gambling revenues are down 25% since Indian gaming exploded and the housing crash.

But home and condominium sales in Reno are improving with record low mortgage borrowing rates pushing especially first time buyers off the fence. Discount priced foreclosures and short sales have helped to motivate home buyers. Reno home values are now projected to increase an average of 2.3% by years end.

In neighboring Sparks, home sales have been slower but are gaining due to lower prices paid for homes that are listed for sale. A tighter supply of foreclosures will also drive home values higher through the remainder of the year. Sparks home values are projected to increase an average of 2.0%.

Bank owned REOs have been sold-off in bulk in Henderson, where even idled subdivision tracts of land are beginning to see daylight after construction was halted more than five years ago. Banks are selling off the uncompleted parcels of land at discount prices to reduce hurting inventories of foreclosed properties.

Home prices have hit bottom, at least for now in Henderson and the unfinished subdivisions should see growing activity in coming months. Some of the strongest fuel that sparks a housing recovery is new home construction. Henderson should see its share, with home values forecast to appreciate a minor 1.7% through year end.

Home values have been devastated in Lake Tahoe, both on the California and Nevada sides. But improving home sales, especially in the high-end market is pushing the market forward. A record number of mortgage walk-aways are hurting the region, but as foreclosures are sold off and the rich pay cash for vacation discount priced homes the market will transform. Lake Tahoe home values should be slower to recover than most of the rest of Nevada, but are still projected to average 1.1% higher this year.