The Missouri real estate market is improving slowly but surely, and that is just fine with the state’s real estate professionals. 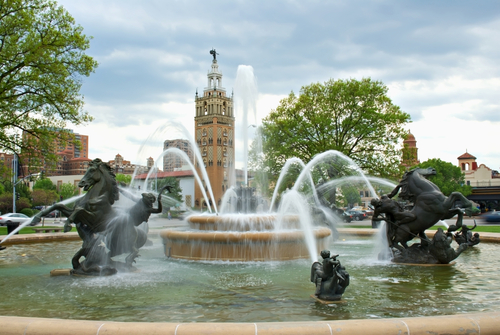 “‘The recovery has been much more like the tortoise than the hare,’ said Stephen Blank, a senior resident fellow of the Washington-based Urban Land Institute. ‘We’ve become used to slow relief. But we have finally turned the corner, and I think we’ll be headed in the right direction in 2013.’”

Blank was quoted in the St. Louis Post-Dispatch (“Real estate recovery will pick up in St. Louis, experts predict,” Dec. 7, 2012) as part of the newspaper’s coverage of his address to roughly 200 Missouri real estate professionals.

The article continued, “real estate markets in busy coastal cities — New York, San Francisco, Los Angeles and Boston, for example — emerged first from recession and will pick up their pace of recovery in 2013, said Blank. … (However), big investors scared away by the high prices in coastal cities will look more closely at properties in secondary markets, including St. Louis, experts predict.”

Despite his overall positive forecast for the Missouri real estate market, Blank warned of potential hurdles to the apparent recovery, including the fact that rapid construction of multifamily housing over the last two years could “produce an overbuilt market by 2015.” He referred to a recent ULI report in which, regarding real estate prospects for 2013, St. Louis ranks 43rd (out of 51) for investment, development and homebuilding.

Still, Blank said secondary markets such as St. Louis may benefit from attention by local investors “willing to bet on their communities for the long term rather than focus on some unachievable short-term investment return for investors who may never set foot in town.”

Jack Strauss, director of the Simon Center for Regional Economics at St. Louis University, who also spoke at the recent gathering, said that while St. Louis is experiencing slow growth in jobs and population, it boasts a per capita income higher than the national average, as well as a below-average cost of living.

The city also enjoys a fair number of young adult residents about to enter their high-earning years, noted Blank.

With positive news such as the above, it isn’t surprising that local real estate professionals are gearing up for a recovery. Kelly Hager, chief executive of St. Louis’ Kelly Hager Group, told the St. Louis Business Journal in March that she is poised to hire 40 new residential real estate agents.

New and veteran St. Louis real estate agents should prepare to face a sellers’ market, according to an article (“No longer a buyer’s market for homes?”, March 24, 2013) in the Post-Dispatch. The article reads, “the number of homes for sale is down 13 percent over the past year in the metro area, according to Zillow, the real estate sales website. Yet, more houses are selling. In St. Louis County, home to more than a third of the metro-area population, sales were up 13 percent last year, and 10 percent in the first two months of this year. Lower supply and higher demand mean rising home prices — although the rate of increase varies widely by neighborhood, and some broad areas, including much of north St. Louis County, are still seeing declines.”

After years of having the upper hand, qualified buyers are beginning to defer to sellers in certain neighborhoods, according to the article. “Real estate pros judge the market by inventory levels — how many homes are for sale and how fast they’re selling. A five- or six-month supply is considered balanced, with no advantage to buyer or seller. In St. Louis County, inventory peaked at a 10-month supply in January 2011 — a severe buyers’ market. Inventory stood at 5 months in February. St. Charles, the fastest-growing county in the region, also has a five-month supply, down from 12 months in early 2010.”

While most St. Louis real estate professionals agree home prices are rising, there is no clear consensus as to how fast this is occurring. According to the article, “Zillow estimates that the median home price in Metro St. Louis is up 2.24 percent for the 12 months ending in February. CoreLogic, a real estate analysis company, says prices rose 4.3 percent in 2012. The Federal Housing Finance Agency says prices rose 6.8 percent last year, using a method that excludes the most expensive mansions. … Operators such as Zillow, CoreLogic and the FHFA use different methods to correct for this. There is no assurance that any of them get it right, but all three gauges are now pointing up.”

Positive market outlook aside, sellers should be realistic in establishing prices for their properties. “The key is the condition of the house, and is it priced right,” Coldwell Banker Gundaker agent Debbie Dutton told the Post-Dispatch. “An overpriced house will just sit there.”

According to Carl Conceller, president of the SIOR St. Louis chapter, buyers and tenants are beginning to re-emerge to take advantage of some of the lowest interest rates historically. He noted that St. Louis benefits from diversification in such industries as financial services, healthcare and biosciences.

Outside of St. Louis, Kansas City’s housing market is on track to increase by nearly 18 percent, a trend experts expect to continue through 2013 with sales rising another 5 percent. The city’s average home prices have slipped more than in any other Missouri market. A dwindling inventory of homes, however, should turn around that trend as the year goes by. Low new construction activity should also help keep home prices on the upswing.