Thanks to its location far from volatile coastal real estate markets, landlocked Nebraska never did suffer much in the way of real estate devaluation as a result of the Great Recession. 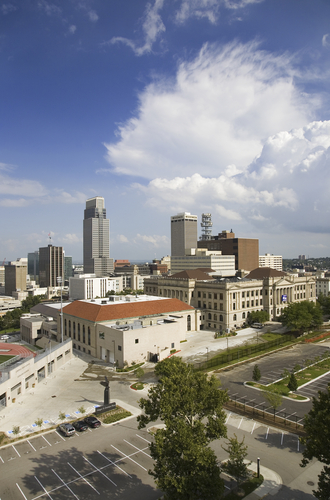 Since 2000, housing prices in Omaha have increased almost every year, says Steve Shultz, a real-estate professor at the University of Nebraska.

The Omaha job market has also held up well, with the area’s financial-services and data-processing firms accompanying a growing biofuel industry. In fact, the state’s unemployment rate was a mere 4.9 percent in October, 2012.

In a January, 2013 blog post, American Financial Resources offered a glowing update on Omaha’s real estate market. “Omaha shows that the unemployment rate is a jaw-dropping 4.20 percent and that from one year ago, job growth is up by 2.93 percent. No wonder Omaha’s housing market is showing healthy signs of recovery!”

The post cites Omaha Area Board of Realtors statistics for October, including that the city’s days on market figure “stood at 61 as opposed to the y-o-y figure of 97. Residential closings also made gains, with 902 in October, up from last October’s total of 762. The total volume for residential closings in the millions was $158,568,991. That was up substantially from October 2011′s volume of $127,764,791.

Sellers will be pleased to learn that they may be able to get more for their property, considering that the average list price for October was $180,168.Compare that to the previous year’s list price of $174,216 and you can clearly see how the market has improved. The year-over-year average sales price also went up from $167,670 to $175,797.”

According to San Francisco-based online real estate community Trulia, there were, in March of 2013, 2,903 existing and new homes up for sale in Omaha, while another 930 properties were in various stages of foreclosure.

The American Financial Resources blog post reads in part, “it seems possible to get a nice home without breaking the bank, considering that in the popular neighborhoods of Benson and Hanscom Park, average list prices are hovering between $92,000 and $98,000.”

Famed Nebraska native and billionaire Warren Buffett, the so-called Oracle of Omaha, is encouraging investors to sink their money into real estate. In an interview with CNBC in 2012, Buffett said single-family homes are inexpensive, attractive investments.

Famous for investing in assets he believes are undervalued, Buffett said he would purchase “a couple hundred thousand” single family homes if it were practical to do so, and advised that, if purchased at low rates and held for a long period of time, houses are superior to stocks as investment vehicles. He also advised buyers to take out a 30-year mortgage and refinance if rates go down.

At the moment, mortgage rates remain at a near-historical low.

Nebraska state government leaders are looking into ways of placing more property on the tax rolls while encouraging development.  According to the Omaha World Herald (“‘Land banks’ promoted as redevelopmenttool,”March 28, 2013), “Omaha has 15,273 vacant and abandoned properties, mostly east of 72nd Street. But a new approach to get such lots assembled for redevelopment — ‘land banking’ — (recently) ran into a wall of questions … in the Nebraska Legislature. The proposal would allow Omaha and cities in Sarpy County to create a public authority, or land bank, that could obtain tax-delinquent properties and assemble them into larger parcels that could be sold for new housing, businesses or parks.”

State Sen. Heath Mello, of Omaha, said that municipalities using land banking have been successful at returning vacant properties to the tax rolls. “Current state law, Mello said, allows a land reutilization commission in Omaha to obtain vacant properties that no private buyer wants. A land bank could go much further, he said, by bidding on vacant lots, assembling adjacent lots into a larger parcel, keeping some property tax revenue to finance purchases and pay taxes, and then seeking redevelopment of the land.”

Several lawmakers questioned whether a land bank would offer unfair competition to private developers. However, “Mello said the free market isn’t working to redevelop these dilapidated lots, while a land bank could work with banks and philanthropic groups to assemble parcels for reuse.”

Nebraska’s farmland is seeing a robust increase in value, with an overall rise of 25 percent over the last year, according to the University of Nebraska-Lincoln. After increases of 22 and 32 percent respectively over the previous two years, Nebraska’s agricultural land value of $3,040 per acre is more than double the value of 2010.

Generally speaking, Nebraska’s economy is expected to grow modestly in 2013 and improve even more in 2014. In its latest long-range report, the Nebraska Business Forecast Council said it anticipates Nebraska’s total job growth to be 1.3 percent by the end of 2013 and then tick up by 1.5 percent next year. The council’s job estimates for 2013 are somewhat lower than its July forecast, but slightly higher for 2014.

“Weather conditions and uncertainty about the national fiscal situation will limit economic growth in Nebraska during much of this year,” said Eric Thompson, associate professor of economics and director of the Bureau for Business Research at the University of Nebraska-Lincoln College of Business Administration, which publishes a semi-annual statewide economics report. “Nonetheless, we continue to anticipate moderate economic growth in Nebraska in 2013 overall, with the pace of growth accelerating late in the year and in 2014.”

Industry-specific forecasts in the report included the following: