West Virginia led all states in year-over-year home price increases in August of 2012. 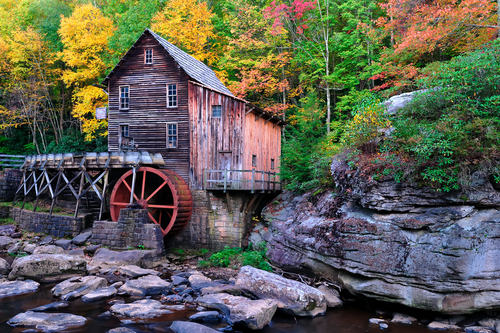 According to CoreLogic, a real estate information firm, West Virginia ranked first with an 8.6 percent increase in home prices. The state was followed by Wyoming at 3.6 percent, and North Dakota at 3.5 percent.

According to Kilroy, “thus far, experts have credited the robust gains in home sales and property values to healthy investor interest in Shepherdstown, West Virginia real estate, largely driven by the rising number of renters and rent prices, coupled with low mortgage rates. But because deal-hungry investors have dominated the market with cash offers on affordable homes, the current available supply of homes has dwindled.

“That being said, first-time homebuyers have found it a challenge to find homes to purchase. This observation doesn’t mean the housing outlook isn’t positive. Forecasters expect the strong spring real estate season to result in more homes on the market, slightly easing inventory issues. Overall, Harpers Ferry, West Virginia home sales are still expected to rise for the rest of the year.

“A chief economist said that expected appreciation for the full year of 2013 will be much more temperate for Martinsburg, West Virginia area houses for sale. This boost in sale prices should pull some sellers back into the market and move new construction forward with a more optimistic forecast as well.

“This same economist also noted “annualized appreciation will get even higher before the year is over.” Experts say that real estate in Inwood, West Virginia is appreciating much faster due to attractive investment options, a better economy, and stronger job growth. All in all, the coming year promises to show positive economic trends for the housing market across the board.”

West Virginia’s Arcadia Communities posted a blog on Feb. 20, 2013, reporting that “according to the Federal Reserve Bank of Richmond, housing market conditions in the state of West Virginia have remained positive along with the labor market showing signs of growth for the month of February.

“With home sales increasing across the country, home values have also began to rise which has led to more prospective buyers choosing to purchase new homes for sale before prices rise higher. Various markets are witnessing a housing inventory shortage which has encouraged builders to increase construction in the residential sector. An increase in home starts is contributing to home prices rising, but with mortgage rates still near record lows, housing affordability remains.”

Not every West Virginia resident is in the market for a new home, however. On April 4, 2013, WVNSTV.com reported (“Coal markets, housing interact in southern West Virginia”) that uncertainty in the coal industry is sparking hesitancy among coal miners who would otherwise be shopping for homes.

That’s nothing to worry about, however, said Charlie Mitchell, a Clayton Homes consultant. He told WVNSTV, “‘when the coal industry is down home sales dip, and I was concerned because we were just coming off the election and this potentially could have been a tough year for home sales. It’s early in the year, but we’re coming off probably our strongest quarter I’ve seen in my seven years.’

“Mitchell said that the home sales in his area have changed in at least one way.

‘I have noticed they’re not looking at the highest-dollar homes. We’re actually selling more homes, but the average home price has gone down some. It appears they are scaling back a little bit, but obviously have enough confidence that folks are still buying homes.’

“Mitchell said back before the election and around the time the results were announced, he was concerned that some in the coal business would be too nervous to purchase homes based on discussions he had with many. He said hundreds of people indicated they wanted to see the outcome of the election. ‘A lot of folks at the time were telling me, “I want to see what happens with the election. I want to wait until the first of the year.” … For whatever reason, those same folks in November/December that were saying “I want to wait until January, February, March” came in and picked their homes.”’

“Tracie Dove, president of the Fayette-Nicholas Board of Realtors, estimated about 40 percent of their business is done with those in the mining industry in ‘one way or another.’ She said she found those in the coal industry to be, perhaps surprisingly, optimistic. ‘In this particular region, in Fayette County, we have not seen a decline in home sales,’ Dove said. ‘It’s not as bad here for the coal industry. We’ve not had in this particular county, layoffs as much as other counties.’

“She said sales have been steady, if not somewhat increased. Prices, Dove said, have mostly remained flat.”

Meanwhile, West Virginia, Charleston in particular, is seeing commercial construction and renovation related to its burgeoning tourism industry. On Feb. 25, 2013, WCHS Charleston reported (“Tourism Industry Growing in Charleston, Mayor Says”) that a local Long John Silvers restaurant had recently been demolished in preparation for construction of a Courtyard Marriott hotel – a sign of tourism-based economic prosperity to come.

“‘That will be such a beautiful property and you’ll be able to see it from the interstate,’ Mayor Danny Jones says. The $10 million project is slated to be complete in 2014. “And just down the boulevard, the Ramada Inn is undergoing a major transformation. ‘We’re going to make it the place to come,’ Keith McClanahan with BBL Hospitality, which is the group renovating and running the hotel, says. Once the $18 million renovation is complete in November, the hotel will become be a Four Points by Sheraton. The hotel’s new sports bar, Recovery Bar and Grill, has already opened on Virginia St. The hotel is considered a key piece of the renovations downtown, with its location behind Hadded Riverfront Park.

Jones says the biggest item yet to come is a major overhaul of the Charleston Civic Center. The project that could cost up to $60 million and cost consumers, with a half-cent increase in the sales tax being proposed to fund the project. Jones says the renovations are vital to continue to bring people into the Capital City. ‘There’s development everywhere, the vision we have for tourism is coming to pass.'”