With such unique and diverse scenery, the 2014 Louisiana housing market appears to be just as charming as the state itself. This real estate market is currently undergoing many changes. What’s more, these changes occurred at a rapid pace. Some of the changes may appear to be drawbacks to some of you. However, we prefer to think of them as quirks in the state’s market. The unique appeal of New Orleans keeps people highly interested in investing. So, we really can’t foresee this market subsiding to negative pressure anytime soon. Single families searching for a home and investors searching for the perfect location to develop residential/commercial complexes remain the strongest influencers in the market.

Underdeveloped rural property remains the single largest segment of property listed on the current 2014 Louisiana housing market. Underdeveloped land typically provides a space suitable for building a charming network of residential family homes or another farm. Underdeveloped rural real estate currently accounts for roughly 34% of the entire 2014 Louisiana housing market*. These properties prove to be a key attraction for both families searching for that quiet life and for city-dwellers who want to commute from a suburban setting to a job in the inner city. The latter buyers enjoy far lower price tags at the expense of longer commutes to work. 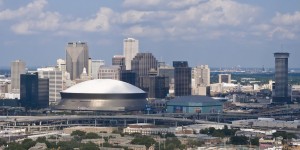 Among cities, New Orleans (and its metropolitan area) remains the most attractive location in terms of real estate investment. The properties on this market differ quite a bit. Condos in the heart of the city play a major role in attracting busy, sophisticated urbanites. Lavish properties adorn waterfront locations. In some instances, these properties carry price tags as high as $12.5 million. Still, the average listing price for single family homes in the city of New Orleans sits at an affordable $258,000. Because of the affordable prices and the low property taxes throughout the entire state, families continue to show interest in investing into the area.

The trend for recovery in Louisiana began at agonizingly slow pace back in the 2013 Louisiana housing market. This trend successfully continued through 2014. Experts now recognize the state as a noteworthy area in the real estate business. After hurricane Katrina ravaged much of the state in 2005, Louisiana and the city of New Orleans struggled to rebuild these destroyed properties. The average price took a sudden nose dive. Other cities (such as Baton Rouge, the state’s capital) suddenly faced new issues such as an abrupt rise in population. Many people fled from affected areas and resettled in Baton Rouge following the hurricane. More recently, the 2014 Louisiana housing market grew stronger. It now serves as one of the stronger more attractive locations for families searching for affordable housing. New Orleans provides attractive real estate to retirement groups as well.

The Major Changes Taking Place on the Market

Besides the general trends described above, Louisiana is slowly rebuilding its entire housing market. Many experts believe that a significant change will take place in the real estate market sometime soon. In more recent news, the state of Louisiana filed a suit against several banks and lenders under the RICO laws. 30 judges from 30 parishes are suing a total of 17 banks, arguing that the Mortgage Electronic Registration System (MERS) was actually used as a scheme to trick the state out of the recording fees rightfully owed to it. The program allowed banks to essentially get away scot-free using improper fillings. Judges argue that the banks had to have been aware of the goings on. If the state wins this trial (and, so far, all evidence seems to indicate that it will), the ruling against the bank should impact the Louisiana housing market pretty significantly.

The state of Louisiana will recover millions of dollars from the banks. This recovery should result in better-defined legal procedures for investment in the local real estate market. Since numerous experts concluded that the MERS system actually influences the very core of America’s housing crisis (and Louisiana isn’t the first state to sue the banks involved), things should likely improve in the state following the end of the MERS system. The Louisiana market already appears quite attractive to families looking for an affordable home. Experts believe the states market should skyrocket in value once the court systems implement new legislation to prevent real estate sharks from harming its consumers any further.

In regards to trends on the price fluctuations of homes, the cities with the largest appreciation rates over the past three months consists of the following: Metairie (with an 8.66% increase (which also happens to make it one of the top 5 cities with the most expensive homes)), Youngsville (with a 7.60% appreciation rate), Haughton (5.62%), Gretna (5.51%) and Harvey (5.05%). The largest decreases in listing prices over the last three months were located in the cities of Alexandria (10.86% lower average prices compared to three months ago), Benton (10.29% lower), Kenner (7.58% lower), Pineville (5.50% lower) and Opelousas (5.15% lower).

The very low crime rates (0.13 vs. the national average) certainly also contributed to the allure of the 2014 Louisiana housing market. Cities such as Prairieville even had a rate of crime as low as 0.8. The real estate in LA showcases the perfect example of how affordable housing can strengthen a market instead of devaluing it.

Despite severe setbacks in the past and slow growth returns in 2013, Louisiana is heading in a positive direction. This state may not be a the wisest choice for big investors. But for smaller investors and for families, Louisiana provides a solid, growing market. Best of all, New Orleans has regained its status as the crown jewel of the 2014 Louisiana housing market.

All the figures and data presented in the text are provided by courtesy of LA Real Estate.