The American Civil Liberties Union says that Florida’s ‘rocket docket’ designed to speed up the foreclosure process to benefit bankers’ is unconstitutional, and will 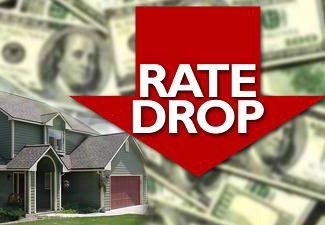 challenge the system to the fullest extent of the law in court.

The U.S. 20th Judicial Circuit operates the system, which covers foreclosures in five Southern Florida counties, Lee, Collier, Charlotte, Glades and Hendry. Should the ACLU get the court of appeals to hear arguments on the issue involving a Florida homeowner, the case could set a precedent on foreclosures throughout the U.S.

The state’s rocket docket was started last June to speed up foreclosures in the five counties, which had been flooded with a back-log of 40,000 foreclosure cases as a result of homeowners losing jobs, giving up on paying mortgages due to falling home prices, mortgages that adjusted and became to costly to afford and a bevy of other troubles that plague the nation in the foreclosure crisis.

The legal battle started after retired state judges were called back to work to oversee the foreclosures, which have been challenged by a series of attorneys. The ACLU has filed a lawsuit asking the Second District Court of Appeals to hear the case of Cape Coral homeowner Georgi Merrigan in the regular court system outside rocket docket jurisdiction.

ACLU attorneys charge that the rocket docket was not authorized through the passage of any law and skirts “basic court rules” and orders to rush foreclosure cases through the system so bank servicing companies can more quickly repossess mortgaged property. The charges are similar to mistakes the five largest U.S. banks have made in the robo signing scheme, in which lenders authorized the mass signing of legal documents of foreclosure paperwork to quickly move foreclosures through the court system. 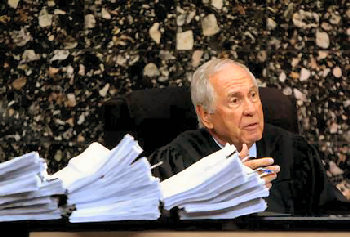 Attorney generals in more than 26 states are investigating the mess and are working on reaching financial settlements to benefit homeowners with the banks, mortgage companies and lender servicing firms involved in the scandal.

Judges rapidly pushing through Florida’s rocket docket ignore court rules and often issue final judgments on foreclosure proceedings the same day a case is heard before defendants are able to be heard in court, according to the ACLU lawsuit.

“Because the judges assigned to foreclosure cases hear them in consolidated blocks of time and tend to spend only a few minutes on each case, the structure of the mass foreclosure docket in Lee County allows me to observe dozens of foreclosure proceedings each time I attend a hearing,” attorney Todd Allen said in a signed affidavit accompanying the ACLU filing.

Allen has been witness to the rapid procession of cases that move through the court system in the past year, filing more than 280 cases for homeowners fighting foreclosure in two of the states counties. A case he recently worked on did not include sworn or certified copies of all paperwork referred to in the legal paperwork required to prove clear title to the property being foreclosed by HSBC Bank, one of the U.S. largest lenders involved in the foreclosure crisis.