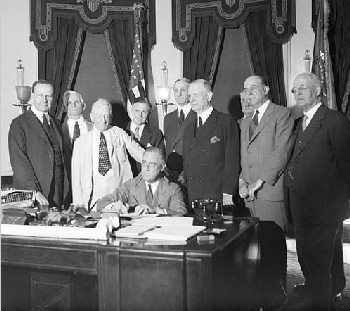 halt the possibility of another financial crisis, according to a new Housing Predictor survey. Respondents to the online opinion poll overwhelmingly support the act’s re-implementation.

Glass-Steagall worked for more than 80 years, limiting transactions on many securities, including mortgages and derivatives after it was enacted into law even as bankers’ shopped for decades for a U.S. president to sign it out.

An over-whelming majority of those who took the poll or 87% said that the U.S. Congress should re-adopt the act to halt another financial crisis from possibly developing. Only 13% said Congress should not.

The decisive poll shows that Americans want more done to halt the housing crisis, which is the trigger of the nation’s financial problems with more than 7-million residential foreclosures since the crisis started more than four years ago. 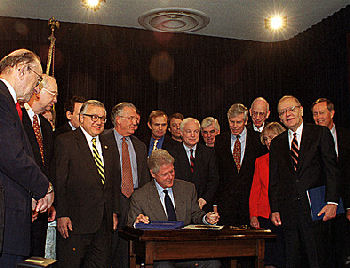 Real estate analysts contend that the only possible reason that Congress has not readopted the Glass-Steagall Act is that members of the U.S. Senate and House of Representatives are afraid of how it would back-fire on their pocket books as a result. In many cases, members of Congress have received the largest amount of campaign contributions over the last decade from the real estate and banking industries.

In a long awaited series of debates, Congress has been working on measures related to developing new regulations over financial reform legislation for the banking industry, including home mortgage reforms.

During the Great Depression the Glass-Steagall Act was passed to halt improper banking activity. Many of the same acts are the main causes of the current financial. Should Congress re-adopt the act to half another financial crisis?