Baby boomers searching for a new home are going through increasing difficulty finding the right home for what they can afford, and many are finding they don’t 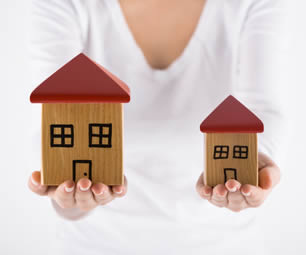 have the equity they thought they had in order to move into another home in the first place.

Some 77-million Americans are classified as baby boomers, aged from 47 to 65 and many are looking to downsize homes for retirement. But millions are running into problems caught in the real estate bust – from not being able to unload their home to a new home buyer to not being able to find what they want in a newly constructed home.

The baby boomers retirement market is ripe for change in many regions of the U.S. Boomers planning or entering retirement are finding that the housing mess is making it rough on many of them to down size by selling their homes. So empty nesters are making other plans instead. Some are renting out their homes, many of which are McMansions they used to raise their families in order to afford their retirement years.

Others are finding it impossible to sell at prices that get anything close to what they have invested in their homes. Rick Sullivan, an Atlanta, Georgia homeowner was looking forward to retirement, but at 64 years of age Sullivan only sees more years of work ahead of him in the current economy. “I won’t be able to pay off my home for years,” said Sullivan. “I owe more than what it’s worth today.” 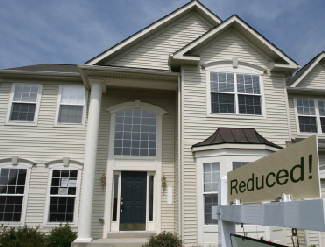 Sullivan is like millions of other baby boomers, who looked forward to retiring until the real estate crash. Home values in his Atlanta neighborhood have dropped as much as 80% from their peak highs only to trigger a foreclosure crisis of epic proportions. “I don’t see home prices going up for years, maybe a decade or longer,” said Sullivan, who is considering walking away from his $589,000 mortgage.

Boomers like Sullivan are tired of mowing lawns, cleaning pools and taking part in the normal maintenance on a home after their children move out. But many boomers are being held in their homes unable to move as a result of a sluggish housing market.

Baby Boomers built home equity for years in many cases until the real estate crash ate away at that equity. Many are now refinancing mortgages and obtaining shorter mortgages to pay off their home loans.

“Boomers may be retiring, but they aren’t ready to give up the things they enjoy. Entertaining is a must, ” said Steve Von Hofe associated with Houston, Texas builder Taylor Morrison, who has spent two years studying boomers. “Boomers don’t want to give up quality for low maintenance. Both are important. Niche communities that cater to specific interests, cultures and or age groups are going to be huge.”

A wish list of what boomers would like seems in short supply, including homes that are smaller in square footage – 1,500 to 2,000 square feet; homes priced between $130,000 and $225,000 in newer age-restricted senior communities and low maintenance townhouses and condominiums in developments maintained by associations.