Banking regulators are in the process of determining how mortgage servicing companies and banks will suffer for breaking laws in the foreclosure robo-signing scandal, according to the head of the U.S. Office of the Comptroller of Currency. 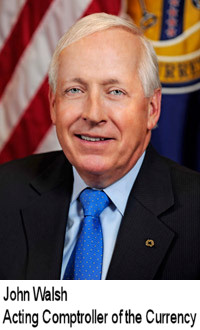 The charges have been a financial and public relations catastrophe for banks and mortgage companies trying to heal their reputations from the financial crisis as the U.S. foreclosure crisis enters its fourth year with more than a total of 16-million residential properties forecast to be foreclosed.

The acting head, John Walsh told a Congressional hearing Thursday that an investigation into 14 institutions has been completed, and that a series of legal foreclosure paperwork procedures had been inappropriately followed, and that mortgage servicing companies broke laws in the process.

“Our actions will address identified deficiencies and will hold servicers to standards that require effective and proactive risk management, and appropriate remedies for customers who have been financially harmed,” Walsh told the Congressional committee on banking, housing and urban affairs without naming any of the institutions involved.

However, the probe has included the nation’s largest mortgage lenders, which made 60% of all residential mortgages in the U.S. prior to the financial crisis, including Bank of America, CitiBank, JP Morgan Chase&Co. and Wells Fargo.

Federal officials are also sharing their conclusions with state Attorneys General in all 50 states, who are investigating foreclosure procedure flaws in their own states. “The examinations, which we undertook in late 2010 with the Federal Reserve, the FDIC and the OTS, found critical deficiencies and shortcomings that resulted in violations of state and local foreclosure laws, regulations, or rules,” Walsh said. 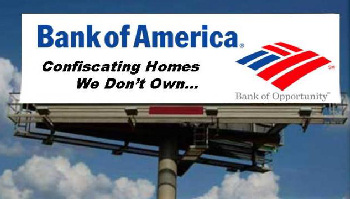 “Despite these clear deficiencies, we found that loans subject to foreclosure were, in fact, seriously delinquent, and that servicers had documentation and legal standing to foreclose.”

However, the head of the U.S. government agency charged with investigating the foreclosure proceedings also said that some loans examined by his team of investigators should not have proceeded as foreclosures. “The loan samples in our exams identified a small number of foreclosure sales that should not have proceeded because of an intervening event or condition. We are now finalizing remedial requirements and sanctions appropriate to remedy comprehensively the problems identified.”

Admissions under oath by mortgage servicing employees led to the robo-signing scandal. Employees said in sworn statements from at least four major lenders that they “signed legal paper” saying they had direct knowledge of the lender’s legal ownership rights’ on property being foreclosed when they did not.