Long viewed as the national leader in real estate and hundreds of other dizzying trends and fads, California neither made the annual Best or Worst 25 Housing Predictor market lists for 2011. It was the first time in the index’s six year history that a Golden State market failed to make the cut. 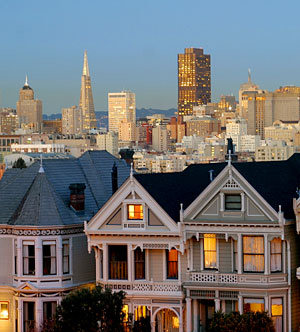 The economy isn’t exactly healthy in California, where unemployment, under-employment and foreclosures are at some of the worst rates in the nation, but the economy isn’t falling off a cliff either even in these tough economic times as the sixth largest economy in the world alone.

California lawmakers provided a special state tax credit for home buyers, which along with the federal tax credit helped to boost home sales temporarily. But when the credit expired sales slowed quickly, indicating that the only thing the tax credits did was to move up home buyers time lines to make a purchase. The foreclosure crisis is still devastating California as mortgage holders lose their homes in rising numbers.

However, the boost that the combined tax credits provided to the states housing markets also acted to slow deflation. In some cases, home prices actually increased for a time, but that has since reversed in most areas of the state.

Housing Predictor analysts spent three weeks in California studying its housing markets prior to issuing the 2011 forecasts. In the greater Los Angles area homeowners are walking away from mortgages in rising numbers as they lose equity in their homes and are unable to afford mortgage payments. The same is the case for the San Francisco Bay Area, and most other areas of the state, which is still troubled by the bubble bust nearly five years after first showing signs of crashing.

Most California markets are projected to deflate gradually in 2011 as near record low mortgage rates and lower home prices drive buyers, especially first time home buyers to make purchases. That should begin to provide at least some stabilizing factors for California real estate, which will still take years to unwind from its present mess.