State Housing Finance Agencies in five of the states hit hardest by the foreclosure crisis have been approved to start using $1.5 billion in emergency housing foreclosure prevention aid under plans approved by the Obama administration. The “Hardest Hit Fund” targets California, Florida, Arizona, Michigan and Nevada. 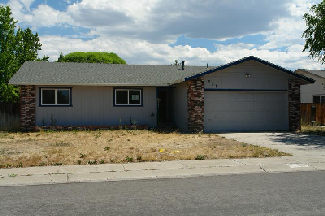 The funding supports measures to assist homeowners at risk of foreclosure as part of the first round of funding under the new program. President Barack Obama established the fund to provide aid to families in the states hit hardest by the housing downturn. All five experienced at least a 20% decline in average housing prices.

The emergency foreclosure relief is being provided through the Troubled Assets and Relief Program (TARP) approved by Congress.

“These states have identified a number of innovative programs that will make a real difference in the lives of many homeowners facing foreclosure,” said Treasury Assistant Secretary for Financial Stability Herbert Allison, Jr.

The proposals approved include programs to assist homeowners with negative equity through principal mortgage reductions; assistance for unemployed and under-employed to make their mortgage payments; the settlement of second liens; facilitate short sales and deeds-in-lieu of foreclosure; and assist in the payment of mortgages already in default.

The five State Housing Finance Agencies submitted their proposals to the Treasury Department on April 16 th, and were approved for the program just yesterday. Treasury reviewed the proposals and in some cases helped the agencies to

streamline their proposals for approval.

Agencies will now begin to roll out the plans to provide relief as soon as possible. A second round of relief, $600-million was announced in March for five additional states with high unemployment: North Carolina, Ohio, Oregon, Rhode Island and South Carolina. Plans for all five are currently being reviewed and should receive approval within coming weeks.

Under the plan approved yesterday, California is targeted for the most relief at $699.6-million to provide help to homeowners to reduce mortgage principal, help with delinquent mortgages, offer loan subsidies to unemployed and offer financial incentives to families to execute a deed in lieu of foreclosure instead of under going a foreclosure to relocate to other housing.

Florida will receive the second highest amount in the program with $418-million targeted to offer mortgage payment assistance to the unemployed and under-employed, provide mortgage principal reductions, second lien extinguishments and when necessary to achieve a mortgage modification.

Michigan, which has been in a housing depression for more than five years, will spend $154.5-million in aid to subsidize unemployed mortgage borrower’s loan payments while they search for new jobs, assist with mortgage payments for borrowers who have suffered financial hardships and aid homeowners with negative equity by working out settlements with banks on homes at risk of foreclosure.

Arizona will receive $125.1-million under the program to provide relief to homeowners at risk of losing their homes to foreclosure through principal reductions, interest rate reductions and mortgage modifications, assistance to eliminate second mortgages and aid to unemployed and under employed mortgage holders.

In Nevada a program using a combination of forgiveness and forbearance will be part of the $102.8-million in funding that will be handed out to troubled homeowners. The state housing agency will also offer assistance to reduce or eliminate second mortgages with forgiveness over a three year period. The agency will also offer financial assistance to families to relocate to new residences in cases of short sales or in the executions of deeds in lieu of foreclosure.