Resting on star power and little government regulation of the oil industry over the last two decades, the BP oil spill is likely to provide a one-two-punch to Florida’s ailing economy, pulling real estate prices down further, decimating their already bargain rate prices. Florida is under siege. 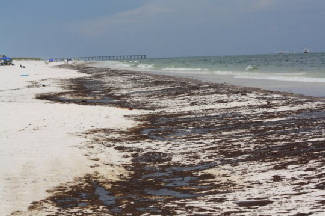 The greatest environmental disaster in U.S. history is destroying parts of the Gulf Coast, damaging more than 400 species of animals, including at least a dozen that may be permanently wiped-out, biologists say, and hugely destroying marshes and the eco system in the Louisiana Delta. The lives of hundreds of thousands of people are likely to never be the same.

As many as 6.5-million people live along the immediate Gulf of Mexico in the four state region affected by the catastrophe from Louisiana to neighboring Mississippi, Alabama and the Florida panhandle. An informal survey of a dozen government state and county officials in the four states determined that as many as 1.2-million residents could be forced to leave the area and relocate as a result.

Many of the government officials were hesitant to express their views over a two-week period Housing Predictor gathered data to compile the study. All said they were “worried” about the magnitude of the on-going disaster. Many wonder whether the Gulf of Mexico will turn into a toxic “waste zone.” 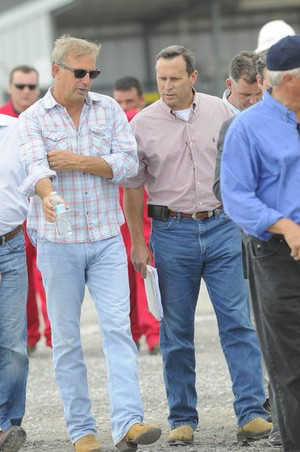 Efforts to clean-up the oil are being made by more than 5,000 workers retained by the oil giant, but many residents say too little is being done to clean-up the massive oil spill and the government should call out the military to do everything it can before the black oil coats Florida’s white sandy beaches along the panhandle “in a big way.” Oil has already stained an eight mile swath of Pensacola beach.

Movie actor Kevin Costner has tried to help with cleaning up the disaster. BP oil bought 32 of his company’s centrifuge units that suck up as much as 200 gallons of oil a minute.

Massive relocations triggered by the spill would stir more than emotions, setting back the real estate market in the four state region from recovery, and sending already hurting home and condo values much lower. The Alabama and Florida coastlines have been one of the nation’s fastest growing second home vacation resort markets over the last decade until the real estate crash.

When the crash affected the area, the market first slowed and then eased into a sort of quandary before sales picked-up slightly over the last year with the federal government’s home buyer’s tax credit combined with near record low mortgage rates and lower property prices.

But vacation second home markets are much different than conventional mom and pop home markets in metropolitan or suburban areas. Second home buyers don’t usually need to make a purchase and can afford to put off buying decisions until later, sometimes much later as in a number of years.

Now real estate agents all along the Gulf Coast say sales have slowed to a crawl and those buyers that are considering a purchase express a “certain type of fear” over the possibility of the oil spill’s impact. Florida and Alabama coastal markets have almost ceased to exist, expired in a flare of recovery that never really fully materialized. Condo and hotel cancellations are practically the only calls many companies along the gulf coast are receiving these days.

Oil gushing up from the mammoth well a mile underwater in Louisiana, 325 miles away from Florida’s border has already reached the shorelines of the Florida panhandle, running off many tourists just at the site of it on TV news. The annual $60-billion Florida tourist market is experiencing a drop off in visitors and locals fear it will get much worse before government efforts sped up to aid the growing disaster.

And then there is the concern of a tropical disturbance in the Caribbean developing into a hurricane over the next 40 hours in the Gulf.