Mortgage rates to purchase or refinance a home hit their lowest level of all-time this last week just as home sales showed signs of slowing as a result of the federal home buyers tax credit expiring. The rate for a 30 year conventional mortgage slipped to 4.69%, the lowest rate on record. 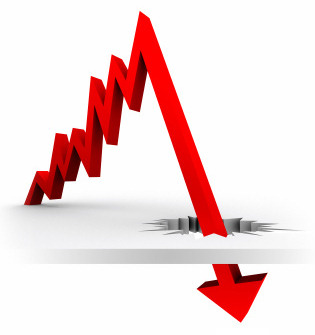 Interest rates are now more than seven-tenths of one percentage point below last year at this time. Mortgage rates on a 15 year loan also slid to 4.13%, down from the previous week when it averaged 4.2%.

The Mortgage Bankers Association report mirrored similar drops in people applying for home mortgages and refinancing. Refinances dropped 7.3% from last week and seasonally adjusted purchase applications declined a slight 1.2% for the week. The drop in purchase applications was heavily driven by a decline in government backed mortgage applications.

Both new and existing home sales showed declines in May figures supplied by the National Association of Realtors and new home builders. Existing sales fell a modest 2.2%, according to the Realtors association. Housing Predictor had forecast a severe decline in home sales after the expiration of the home buyers’ tax credit.

Sales of new homes fell 32.7% to an annualized rate of 300,000 units, the largest monthly drop and slowest pace since records began in 1963, according to the U.S. Census Bureau. The downturn in new home construction confirms a monthly survey of new home builders, who are depressed about prospects for new home construction in the near future. There are 19.2-million vacant homes in  America, according to the Census Bureau.