Mortgage relief for unemployed homeowners at risk of foreclosure is included in the sweeping financial reform act expected to be signed by President Barack Obama. The aid is aimed at helping millions of homeowners who have been thrown out of work by the troubled economy. 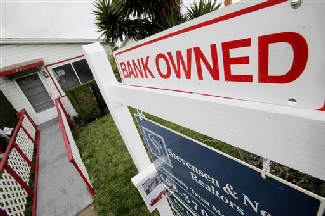 Members of Congress agreed to spend $1-billion on a program to assist homeowners facing the possibility of foreclosure as part of the financial reform act, which should be pushed to the president for his signature before the Independence Holiday weekend.

The plan is modeled after a Pennsylvania program that has aided tens of thousands of out of work homeowners sponsored by Congressman Chaka Fattah (D-PA). Originally $3-billion was requested for the program, but negotiations between party leaders reduced the amount to $1-billion. Funds will come from the Troubled Asset Relief Program (TARP) for unemployed homeowners.

The measure requires mortgage lenders to inform homeowners in default on their mortgages of the program before they can start formal foreclosure proceedings. Mortgage holders will go through an application process to determine their likelihood to pay back a loan up to $50,000 in assistance to help pay monthly mortgage payments for as long as two years.

Under the plan, the Housing and Urban Development Department (HUD) will administer the program, paying part of the mortgage until homeowners can find new work and start making full payments again. The homeowner will then be required to pay back HUD for the loan in full.

The pro-longed financial crisis and worries over the economy are contributing to a rise in foreclosures after Congress deregulated the trading of derivatives a decade before the financial crisis nearly destroyed the nation’s economy.

The Financial Reform legislation does not restore the Glass-Steagall Act passed after the Great Depression, assuring another economic crisis will result, according to analysts. Fattah introduced the plan in the House after realizing that foreclosures were only getting worse as bankers repossess

homes as fast as they can. “I’m encouraged that my colleagues supported the mortgage relief provision in conference to ensure that families won’t be faced with the double blow of being unemployed and homeless,” said Fattah.

“The additional funds will certainly be welcomed by the nation’s mayors who work daily to prevent mortgage foreclosures that are still ravaging too many families and neighborhoods in our nation,” said Tom Cochran, Executive Director of the U.S. Conference of Mayor’s, whose group has worked aggressively to limit the damage done to communities by the foreclosure crisis.

Pennsylvania ’s Homeowner’s Emergency Mortgage Assistance Program (HEMAP) has provided millions of dollars in similar loans to the unemployed to reduce the number of homes being foreclosed. The foreclosure crisis sweeping the U.S. is expected to top more than 2.5-million homeowners this year alone. More than 7-million have been foreclosed, government figures indicate.

High unemployment and a lack of mortgage lenders willing to work with at-risk homeowners over mortgage payments, leaves millions of additional homeowners at risk of losing their homes in the foreclosure crisis.