Driven by lobbyists, the U.S. government spent more on housing related grants and tax expenditures than energy, transportation and non-profit organizations combined in 2009 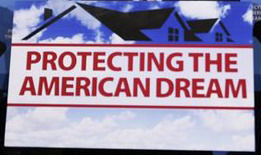 despite the collapse of the real estate market, according to a study conducted by the Pew charitable trust research project.

The federal government spent about $244 billion on housing-related grants and tax expenditures, which equates to about $2,085 per U.S. household, according to the study by the Pew Subsidyscope project.

Comparatively, the government spent a household average of $212 on the energy sector, $400 on transportation and $429 on nonprofits during the same fiscal year, demonstrating that housing is a top government priority, despite the downturn in the real estate market. The figures do not include subsidy cost estimates for housing loans and guarantee programs because they are uncertain estimates, and they do not include liabilities the government assumed when it took over Fannie Mae and Freddie Mac.

“Not surprisingly, housing subsidies are a key component of the federal debate on how to reduce the debt and the deficit,” said Subsidyscope project manager, Lori Metcalf. “With billions of dollars going to this sector, it is important that legislators have data to understand this spending.” 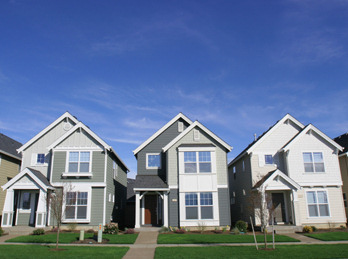 The federal government funds homeownership primarily through tax credits for homeowners, but allowances for losses on investment properties are also a major source of tax payer credits under new IRS tax provisions adopted in response to the foreclosure crisis.

However, the study shows that the largest tax subsidy for homeownership is the mortgage interest deduction, which totaled $79.4 billion in 2009. The largest federal program for rental housing is the Section 8 voucher program, which cost $16.3 billion during the same year.