It was a criminal conspiracy in the making for nearly a decade before Colonial Bank and Taylor, Bean & Whitaker Mortgage Corporation 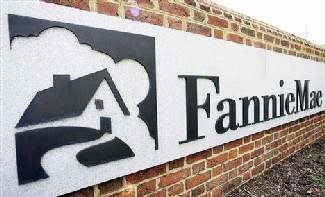 came tumbling down long before the financial crisis came to a head. A high level Fannie Mae executive, Samuel Smith discovered a mortgage in January of 2000 that had been sold to the government sponsored enterprise by another bank.

Had Smith reported the loan that had been sold to Fannie Mae twice to the FBI or other legal authorities instead of keeping the finding to himself, the banks growing criminal enterprise would have likely been stopped by federal law enforcement long before it grew into a massive $3 billion swindle. Smith found the loan in paperwork he uncovered on January 11, 2000.

The case has now produced the biggest series of federal criminal prosecutions in the U.S. financial crisis, and is sending seven conspirators to federal prison, including former Colonial Bank CEO Lee Farkas, 58, for 30 years for being the master-mind in the criminal enterprise.

Farkas was sentenced in federal court last week. However, the Security Exchange Commission (SEC) is probing into the seven conspirators’ dealings at Colonial Bank and TBW before the criminal enterprise was taken down, leading to the failure of the bank and mortgage company, which once had 2,400 employees and was taken over by the FDIC.

In many ways, the Colonial Bank and TBW case represents what went wrong during the financial crisis as measures that were meant to halt growing problems were either ignored or left unreported to legal authorities, leaving major criminal enterprises in the form of bankers to collude against the U.S. and grab every bit of money that they possibly could. 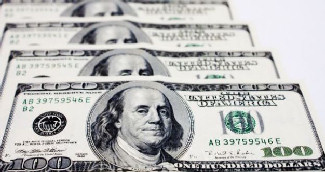 However, few may have been as daring as Farkas and his gang of six employees, who former insiders say were especially chosen for their challenges, and took orders from the fallen bank executive.

Not all bank failures are criminal of course, but many the FDIC investigates and closes down are. It’s rare for a bank that has failed to have mortgages that aren’t fraudulent, according to government officials. The FDIC took over 157 banks last year, and is on the road to top that record number in 2011.

Perhaps Fannie Mae’s executive, Samuel Smith, a former vice president of mortgage operations was too busy dealing with other problems at the nation’s giant troubled mortgage lender. Smith saw little value in reporting the mortgage incident to anyone outside of Fannie, internal memos show. Smith and other Fannie Mae employees were only working to cut ties with mortgage firms selling loans “that had no value” Smith testified in a 2008 deposition.

Fannie Mae officials knew about the bad mortgages that Smith found over time, which accounted to be more than 200 over the years that were discovered before the FBI began its investigation. Millions of additional bad mortgages have been added to the pile since the foreclosure crisis started more than four years ago.

“During the housing and financial crisis, while many American taxpayers struggled just to keep their heads above water, Farkas lived in the lap of luxury using the more than $38 million that he stole from TBW and Colonial Bank,” said Acting Inspector General Christy Romero of the Troubled Asset Relief Program (TARP). “Farkas used the stolen money to buy a jet, expensive antique and collector cars including a Rolls Royce, and multiple vacation homes, all while masterminding a fraud of stunning scope.

“His fraud began to unravel when he tried to obtain TARP funds to fill the billions of dollars of holes at TBW and Colonial Bank. He failed and his fraud was discovered by SIGTARP and its law enforcement partners.”