When it comes to housing markets that are the most likely to recover first, the key ingredient above any other is jobs. Unemployment has been the highest it has been for two years in decades and the political football surrounding employment is the most heated topic today. 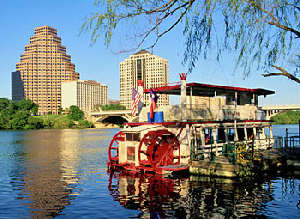 Despite higher profits for employers, out-sourcing of jobs has clearly proven to be a loser for American workers with under-employment and unemployment levels expected to remain high for a number of years. So where employment prospects are strongest, housing markets should follow suit as stable employment provides access to qualifying for a home mortgage.

These markets aren’t all expected to fully recover from the real estate collapse in 2011, but by the end of the year most of them should be well on their way to healing from the worst real estate depression since the 1920’s.

Widely protected from fallout of the mortgage crisis due to a lack of aggressive mortgage lending programs, North Dakota has had one of the best employment levels in the country. Building permits have declined only modestly. By the end of 2011 Bismarck and Fargo will be well on their way into recovery.

While doom and gloom make headlines across much of the country, more positive economic signs are emerging from Denver, where unemployment remains below 7.9%. Denver was recovering from the telecom bust when it got hit by the national financial crisis with an overload of foreclosures, which has since eased. Housing is affordable with three out of four homes that are selling under the $300,000 mark.

Seen as being in the heart of “half-back” country, where north-easterners who can no longer afford higher home prices in the urban north-east chose to make their homes, Raleigh is likely to be one of the first markets to recover from the real estate collapse. A strong job base and lower average home prices than much of the country should help activate the recovery.

Sacramento lands last but not least on the list. Affordability might be the best in Sacramento for any major city in California, although demand may remain fairly off due to high unemployment and an otherwise weak state economy. But since housing affordability is key, a special state tax credit for home buyers should push up buyers’ time lines and usher in a new era of growth during the year as the states capital recovers.