Homeownership has fallen to 66.9%, the lowest level on record in more than a decade, according to the U.S. Census Bureau as a result of rising foreclosures and mortgage holders walking away from loans they can no longer afford. The same annual study found that there were 1.9-million vacant homes listed for sale on the market, a decline from 2-million a year ago. 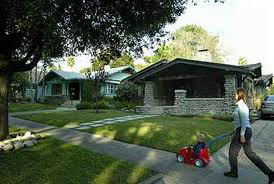 The White House anti-foreclosure plan, Making Homes Affordable, however, has only resulted in 466,708 permanent mortgage modifications since it was started in early 2009, according to the Treasury Department. However, 3.7-million temporary mortgage modifications have been made all together as a result of changes made to loans by lenders not associated with the government program.

The ownership rates matched 66.9% struck in the second quarter of the year, the lowest it has been since 1999. Since the rate has achieved its lower level for two consecutive quarters’ analysts now consider it to be a result of the foreclosure crisis.

Despite moratoriums put in place by four lenders in some states, banks and mortgage servicing companies are repossessing homes at a rapid rate as borrowers fall behind on mortgages in the worst housing collapse since the Great Depression. Foreclosures have already topped that experienced during the depression in the 1920’s. 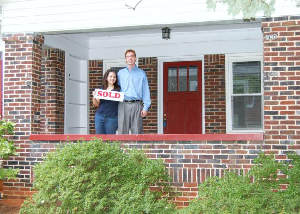 Homeownership hit its record high during the George W. Bush administration as White House officials, lobbied by special interests, including most prominently the banking industry who raked in billions of dollars in profits as a result, pushed for more aggressive mortgage financing to open the market to many who hadn’t been able to qualify for mortgage lending under previous guidelines.

The looser standards led to the biggest lending spree by bankers in U.S. history, including incentives to massively increase subprime financing. Homeownership declined from 67.6% in the third quarter of 2009 as lenders moved to more aggressively repossess properties in fall out of the financial crisis as more mortgage holders fell on hard times and unemployment sustained at levels not seen in decades.