There’s an old economic theory in real estate: “The housing market is nine months to a year and a half in front of the rest of the country’s economy.”

It’s as simple, bottom-line and easy as that. Fix the housing market to fix the U.S. economy.

The stock market gets the daily headlines. The Dow Jones Industrial average must be the most heavily watched economic indicator on the planet, but when it comes to more than a third of the U.S. economy it’s the housing market that drives the locomotive.

Mired in the sludge of the after affects of economic abuse, the housing market is sputtering this early summer season (OK give me a break it’s almost here) with slow home sales. But home sales are showing an increase in the latest Mortgage Bankers Association data released today, indicating that applications for home mortgages rose in the last week 4.5%.

The Obama administration has tried a series of options to partially fix the housing market, but even Mr. President said that he didn’t expect to “keep everyone” who had a mortgage at risk of foreclosure in their homes. With 7+ million foreclosures so far he sure hasn’t. But the real problem with the housing market’s failures is that it leaves people nervous about the rest of the economy. The security people had in home equity was running at an all-time high as more homeowners refinanced than at any other time in history. 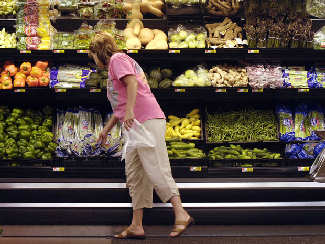 Rising grocery prices and higher gas and utility prices don’t do anything but create doubts. With home values declining in the majority of the country, one out of three homeowners with a mortgage will be upside down by the end of 2012. The growing level of negative equity homeowners will cause more to lose confidence in the economy, have doubts about things getting better and inevitably trigger more mortgage holders to walk away from their upside down homes.

The U.S. has never experienced a housing bubble like we did with the one that began to blow-up in 2006. We’re in unchartered territory. Home prices are continuing to decline because of the record level of foreclosures, and instead of foreclosures getting better, the banks have a back-log of defaults to deal with amounting to nearly 4 million, according to real estate research firm Core Logic.

The over-supply of inventory will lead to declining home values for a number of years unless government policy makers intervene. It isn’t that the government should be involved in housing and the mortgage market. In a perfect world they wouldn’t, but lawmakers and the Fed have been directing housing policy since before World War II and stopping them now would have a devastating impact on the market for years to come.

Fixing the housing market will not only give homeowners greater confidence in the value of their homes. It will increase the value of their self-worth, which in study after study is closely tied to the amount of equity people have in their homes, and that directly relates to consumer confidence. At a time when unemployment is running at record levels at least people would feel better about things and then we’ll slowly pull out of this rut.