Florida’s attorney general is calling for an emergency meeting with mortgage lenders, saying the state’s economy could be devastated by the foreclosure mess. Ohio Attorney General Richard Cordray got the top prosecutors ball rolling for all 50 states, filing a lawsuit against GMAC Mortgage. He’s seeking $25,000 for each improper affidavit that’s been signed by “robo-signers.”

GMAC and its employees committed fraud on Ohio consumers by signing potentially thousands of false affidavits in foreclosure cases, Cordray charges. The fraud came to light after a GMAC employee testified that he signed thousands of affidavits without personal knowledge or verifying the content. That would be “fraud on the courts,” said Cordray, “just not some small paperwork issue.” 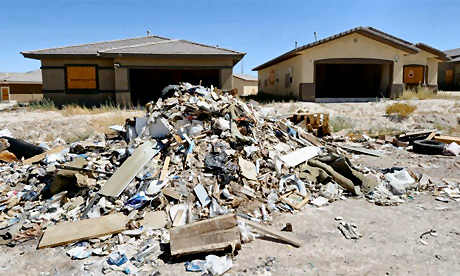 “These so-called ‘robo-signed’ affidavits disrespect the courts and the private property rights of homeowners,” Cordray said. “As we seek to uncover the extent to which GMAC used such tactics, we are taking this action today to make sure that these faulty affidavits are no longer used in foreclosure proceedings.”

Cordray is the first attorney general in the country to take legal action to confront the foreclosure crisis. More than 4.5-million homes have been foreclosed since the crisis started. Foreclosures have been called off by the nation’s largest bank, Bank of America in all 50 states and three other lenders in at least 23 states.

Florida’s Attorney General Bill McCollum is leaving office in January but not before sending letters to Bank of America, JP Morgan Chase, GMAC and other lenders to call an emergency meeting in an effort to resolve the mess. Foreclosure sales account for roughly half of all home sales in Florida, where McCollum fears the foreclosure sales freeze could undermine the state’s economy further. In the 1920s before the Great Depression a housing depression in Florida sent home values an average of 85% lower.

The nation’s three largest banks have the highest number of homes in foreclosures, according to research firm SNL Financial. JP Morgan Chase & Co. has $19.5-billion in process, BofA $18.7-billion and Well Fargo and Co. $17.5-billion.

BofA also has $88 billion in mortgages owned by other lenders, mainly defunct Countrywide Home Mortgage that are in foreclosure, SNL says. Chase has $54.5 billion and Wells has another $36.4 billion that are owned by other investors. The three service billions of mortgages held by investors, including the largest investors of all Fannie Mae and Freddie Mac.