U.S. banks and mortgage lenders are exposed to the foreclosure crisis with more than $11-trillion in home loans, and plenty of loans on their books are going bad with sky-rocketing foreclosures, despite a moratorium put in place by four of the nation’s largest lenders. Bank of America, PNC Financial, Ally Financial formerly known as GMAC and JP Morgan Chase & Co. have more than $6-trillion in home mortgage exposure.

All 50 states jointly launched an investigation into the mortgage industry by state attorney generals Wednesday. The action comes as a result of admissions by lenders’ employees to allegations that banks did not properly review foreclosure files and took short cuts to file against homeowners in default.

BofA and Wells Fargo may be forced to buy back as much as $50-billion in troubled loans from Freddie Mac, according to Chris Whalen, co-founder of Institutional Risk Analytics, a former Federal Reserve official. “Each one of them has over a trillion dollars in exposure,” said Whalen. “It only represents about three to four percent of their exposure.” 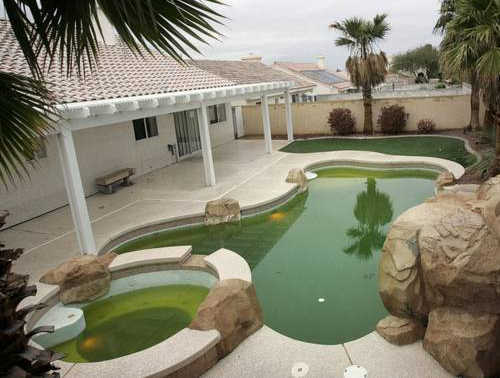 The lenders are facing the possibility of repurchasing billions of dollars in problem loans from Fannie Mae and Freddie Mac as a result of fraudulent statements and defects that should have been easily recognized by bank under-writers. Fannie and Freddie purchase more than 85% of all home loans made in the U.S.

The foreclosure crisis has been exacerbated by declining bank balance sheets in many cases as a result of lower earnings on Wall Street. However, some of the larger firms are still reaping billions of dollars in profits by trading securities, including still unregulated derivatives, blamed for much of the crisis in housing. The losses that lenders are covering on foreclosures are slowly being tabulated on their balance sheets since they are not accounted for until bankers formally foreclose on properties and resell them.

Should Fannie Mae and Freddie Mac officials insist that bankers take back properties where fraud or errors in under-writing can be found, the financial impact to lenders, who are trying to over come financial hardships could be devastating. FDIC officials say it is rare when a bank they are reviewing has any mortgages that don’t have fraudulent statements contained in mortgage applications.

Ally Financial and Bank of America have already ordered nationwide freezes, and other lenders may soon follow their lead as a result of admissions over faulty paperwork to prove home ownership in cases that have already been supported in state courts.

Tom Meyer, CEO of Miami Lakes-based J.I. Kislak Mortgage believes that while the moratorium may help consumers in the short term, the impact it will have long term could be disastrous. Meyer believes that a short term rise in residential real estate prices due to the removal of upwards of 30 to 40% of homes from the market due to foreclosure moratoriums could result in higher prices in Florida.

“In the short term while this is trying to be understood you could have a blimp in housing prices,” said Meyer. “A significant portion of the purchase money loans being made today are being made on foreclosures. I think it can be an artificial disruption to the market and drive prices higher.

“The longer this goes on the worse it becomes. If markets are allowed to absorb the foreclosures, this problem will slowly but surely get resolved.”