Major sunshine state metropolitan areas accounted for the top 19 of 20 foreclosure rates in the U.S. during the third quarter of the year, according to the quarterly report compiled by RealtyTrac. California, Florida, Nevada and Arizona cities had the highest number of repossessed residential properties.

Among all the metro areas tracked 133 or 65% posted year-over-year increases in foreclosure activity with 11 of the nation’s 20 largest metro areas posting annual increases. The Seattle-Tacoma-Bellevue, Washington area led the way with a 71% rise from the third quarter of 2009. Chicagoland, including the suburban Chicago, Illinois, area, where the county sheriff refuses to evict people from their homes without certified proof of proper paperwork being filed in court placed second.

“The underlying problems that are causing homeowners to miss their mortgage payments, high unemployment, underemployment, toxic loans and negative equity are continuing to plague most local housing markets,” said James Saccacio, chief executive officer of RealtyTrac. “And these historically high foreclosure rates will continue until those problems are resolved.” 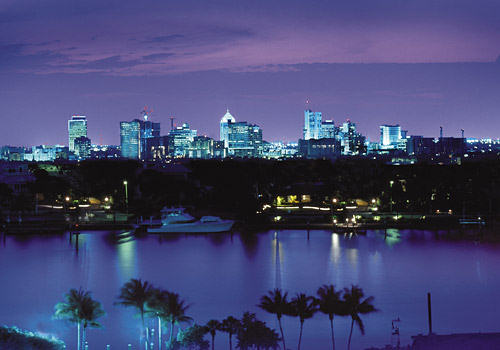 The Fort Myers, Florida area documented the nation’s second highest metro foreclosure rate, with one in every 35 housing units being posted with a foreclosure filing in the third quarter. The area sustained an increase of 12% from the previous quarter, but saw a decline from the third quarter of 2009. The only other Florida metro area in the top 10 was Miami-Fort Lauderdale-Pompano Beach at seventh.

The Phoenix-Mesa-Scottsdale, Arizona area posted the nation’s eighth highest city area foreclosure rate, with one in every 44 housing units getting a foreclosure notice of some form during the third quarter. Phoenix also had the highest number of formal bank repossessions (REOs) of any metro area during the quarter.