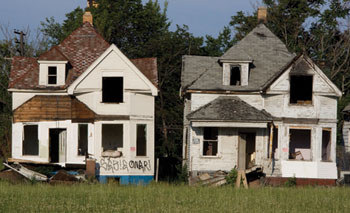 foreclosure crisis instead of demolishing the homes as planned.

U.S. Senator Sherrod Brown (D-OH) is urging fellow members of Congress to pass Project Rebuild as a record number of foreclosed and abandoned homes are scheduled for demolition in his home Congressional district.

“Toledo has been hit hard by the foreclosure crisis, with the city on track to demolish a record number of vacant homes this year,” Brown said. “It’s evident that Toledo needs additional support to weather this economic crisis. By rebuilding neighborhoods devastated by the economic crisis—in Toledo and across Ohio—we can improve surrounding property values, create new jobs, and foster long-term economic growth.”

Brown’s proposal would provide funding for vacant homes to be rehabilitated for new homeowners in the hardest hit U.S. communities affected by the foreclosure crisis. As part of the American Jobs Act, Project Rebuild would put vacant properties to use in efforts to jump start economic growth. 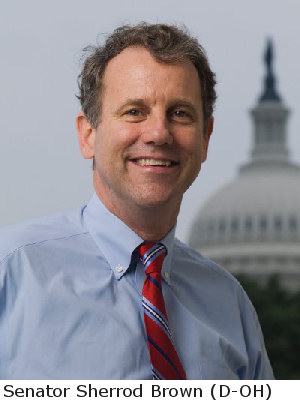 The proposal would create nearly 20,000 jobs, and at the same time stabilize home prices in neighborhoods hard hit by foreclosures, according to Sherrod. Neighborhood stabilization efforts enacted by Congress in the past three years have supplied nearly 90,000 jobs and revitalized more than 95,000 vacant homes.

Brown successfully supported the creation of the Neighborhood Stabilization Program, aimed at revitalizing neighborhoods that have been hit hard by the foreclosure crisis in the Housing and Economic Recovery Act of 2008 and the continuation of the program in the American Recovery and Reinvestment Act (ARRA).