Home prices dropped for six straight months in the U.S., declining by 5.7% on average in January 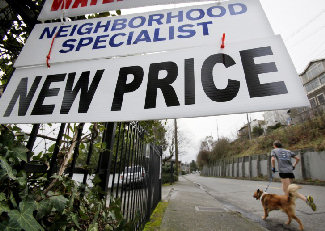 compared to a year earlier, despite the federal governments home buyer tax credit, according to Core Logic. The real estate research firm gathers mortgage data for the lending industry. The drop represented a 1% higher loss in average home values from 2009 levels.

The rate was narrowly similar to the Housing Predictor average of housing deflation for U.S. markets at 6.3% for the year. Increasing foreclosure sales, bank assisted short sales and other distress transactions are projected to contribute to another decline in the average U.S. home price in 2011.

The consensus forecast among economists specializing in real estate averages a loss of between 5% and 10% on residential properties across the nation.

Excluding distress sales, year-over-year prices declined just 1.6% in January compared to a year ago. “A number of factors continue to dampen any recovery in the housing market,” said Core Logic chief economist Mark Fleming. Negative equity, which limits the mobility of homeowners, weak demand and the overhang of shadow inventory all continue to exert downward pressure on housing prices. 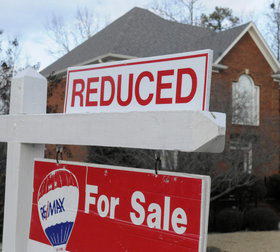 “We are looking out for renewed demand in the coming months as the spring buying season gets underway to hopefully reduce the downward pressure.”

However, appreciation as forecast by Housing Predictor is developing in a number of states, including West Virginia at 5.5% for the last year through January, North Dakota (3.3%), New York (1.9%), Hawaii (0.7%) and Wyoming (0.2%).