Home owners in jeopardy of losing their homes or who had mortgages that were unaffordable account for the highest number refinancing as more than 4.5-million mortgage holders carried out refinances over the last five months. 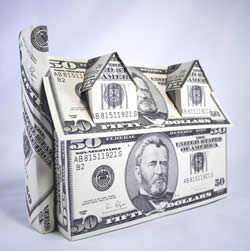 The number marks the highest number of mortgage borrowers to get a new mortgage on their property since the foreclosure crisis started.

Historically low mortgage rates and changes in Fannie Mae and Freddie Mac guidelines increasing the mortgage amount allowed on a home over the real market value produced the rise. Upside down homeowners or those who have negative equity on their property accounted for more than 40% of all those who refinanced.

The government implemented changes are designed to keep families in their homes and are being made in attempt to stop the flood of homeowners walking away from their homes. By the end of 2011 it is projected that 1 in 3 mortgage holders will owe more on their homes than current market value. 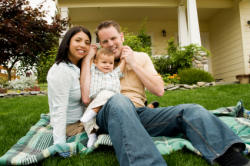 An increase in loan limits under the program on Fannie Mae, Freddie Mac and FHA loans also contributed to the rise in refinancing. The $625,500 limit was raised to $729,750. Only owner occupied homes are considered under the new mortgage lending standards.