The inventory of new homes for sale is at record low levels in the U.S. constrained by tight credit market conditions preventing new 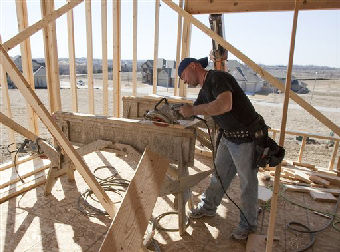 The residential real estate market typically accounts for between 17% to 24% of Gross Domestic Production during an average year, but is much lower in 2011 as a result of restrictive banking standards. GDP usually includes the sale of lumber and other basic building components for housing associated with home building such as siding, materials for roofing, paint and other products.

However, products typically found at hardware stores like appliances, including refrigerators and dishwashers are only sometimes counted as part of the GDP attributed to the housing sector.

“We are seeing now what an economic recovery looks like without housing, and the picture is hardly encouraging,” said NAHB chairman Bob Nielsen, a home builder in Reno, Nevada. “We need to address anti-housing impediments to home builders creating jobs in countless communities across the land.”

“Getting housing back on its feet would be a shot in the arm for consumer confidence, boost job growth and lead to a long-lasting economic recovery,” Nielsen said. 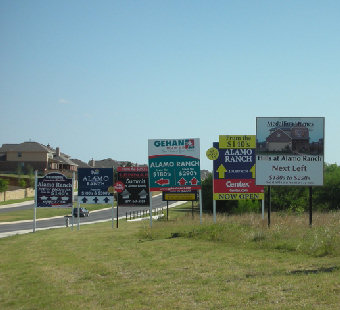 Testifying before the Joint Economic Committee in Washington D.C., Treasury Secretary Ben Bernanke said the housing sector had been a major driver of the recovery after most recessions since Word War II.

“This time, however, a number of factors, including the overhang of distressed and foreclosed properties, tight credit conditions for builders and potential home buyers and the large number of underwater mortgages have left the rate of new home construction at only about one-third of its average level in recent decades,” Bernanke told the committee.

The inventory of new homes is limited in the majority cities as housing markets in most areas of the country stagnate, limiting the number of workers new home builders’ employee. Hiring more workers to build new homes would help to trigger an economic recovery and stimulate the sale of products used to build homes.

Congress is expected to take action on a proposal made by six federal agencies over a national Qualified Residential Mortgage standard that would require a minimum 20% down payment for home buyers, but the proposal has run into negative sentiment among lawmakers and isn’t expected to pass into legislation. However, the stumbling blocks related to refining the nation’s home mortgage system isn’t expected to be acted on by either legislature in Congress until perhaps after the presidential election in 13 months.